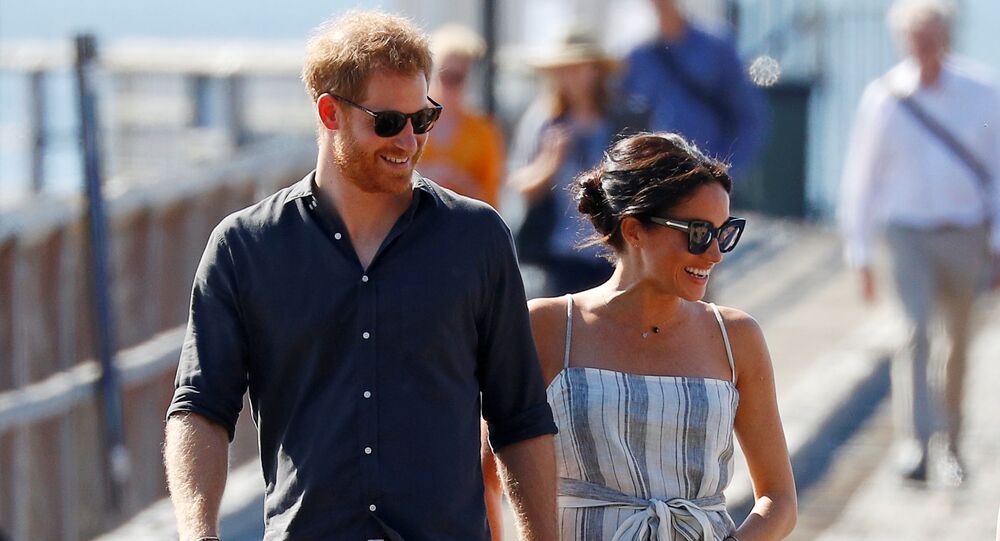 The Duke and Duchess of Sussex officially resigned from their senior royal posts in March last year and since then haven't set foot on Albion's shores. The two have been anticipated to come meet the Queen and review their Megxit deal after a year of absence but a new wave of lockdowns in the UK has called these plans into question.

There is a big chance that Prince Harry will travel to the UK this summer for a number of important royal family engagements, including the Queen’s 95th birthday, but his wife Meghan Merkle is not expected to accompany him for the first trip to Britain since Megxit, insiders have unveiled to the Daily Mail.

Apart from the Trooping The Colour ceremony marking the monarch’s birthday, the couple was expected to make a return visit to the UK in June 2021 to celebrate Prince Philip’s 100th jubilee and for the unveiling of Princess Diana statue in Kensington Palace, which is currently scheduled for July.

But it is very much “unlikely” that Markle, 39, will be there, sources say, both for “personal and practical” reasons that should not be seen as a “snub” but rather as an attempt not to distract attention from key royal events with the Duchess of Sussex’s appearance.

“Harry wants to come back for The Queen and Prince Philip's big birthdays. But it looks likely it will be just him,” one person, who chose to remain anonymous, maintained. “If Meghan comes back, the feeling is that it would overshadow the occasion. People would only be looking at the 'drama' of it all. Of course she would be welcome, but a decision not to come would postpone that headache for a while at least.”

The source also argued that this preliminary plan, which is still far from being confirmed, has also been inspired but a rumoured rift between Prince Harry and his older brother William, who was reportedly outraged by his sibling’s hasty decision to leave the royal household with wife Meghan.

“Her Majesty made very clear when they left the UK that Harry and Meghan were still much-loved members of her own family and would be very welcome to attend family events. That still holds true,” the insider shared.

“Practically, however, it comes with the need for a certain amount of diplomacy. There is still a great deal of distance between Harry and many family members, particularly his brother. No one wants a repeat of the Commonwealth Service,” the person said, referring to the Sussexes’ appearance at Westminster Abbey event last March, when it was already decided that the Duke and Duchess would resign from their senior royal posts. Royal-watchers noticed that the two brothers barely shared a look throughout the engagement, that turned out to be a final one for Prince Harry and Meghan as working royals.

© AFP 2021 / BEN STANSALL
Prince William and Prince Harry Trying to Repair Their Relationship After 'Megxit', Report Says
Another source added that these discussions about Harry’s return are still very much in the air due to the ambiguity surrounding travel restrictions caused by the coronavirus pandemic.

“It should be strongly stressed that there is still an element of uncertainty about this because of the unpredictable Covid situation, but the understanding is the duke is more than likely to come back on his own,” an insider claimed, suggesting that the decision “would certainly help officials navigate what is likely to be a fairly tricky situation.”

Earlier an online poll conducted by media revealed that 88% of the respondents did not fancy the couple’s return to the country for the celebration of Queen Elizabeth’s birthday, maintaining that the Duke and Duchess of Sussex should stay “left” after their bombshell decision to leave the British Isles for North America in the start of 2020.

© REUTERS / Damir Sagolj
Britain’s Prince Harry gestures next to his wife Meghan as they ride a horse-drawn carriage after their wedding ceremony at St George’s Chapel in Windsor Castle in Windsor, Britain, May 19, 2018

The two now live in Meghan’s native Los Angeles with one-year-old son Archie, profiting from deals with Netflix and Spotify worth millions to produce some unique content, and not signalling any willingness to return to their senior royal posts.

There was much hope that Prince Harry, the sixth in the line to the throne, would visit his home country in March this year to review Megxit arrangements but a new wave of COVID lockdown in Britain has put a big question mark on these plans. The royal experts have then noted that there was no need for this homecoming trip anyway, as the Megxit deal was working well and everyone was pretty satisfied with the situation, including the Queen.

If 36-year-old Harry is to make a return home this summer without Meghan and his son Archie, who has not seen his uncle William, grandfather Charles and the great-grandmother Queen since he was six months old, the Duke of Sussex is expected to stay at Frogmore Cottage at Windsor, a residence that was purposefully refurbished for his and his wife’s comfort.