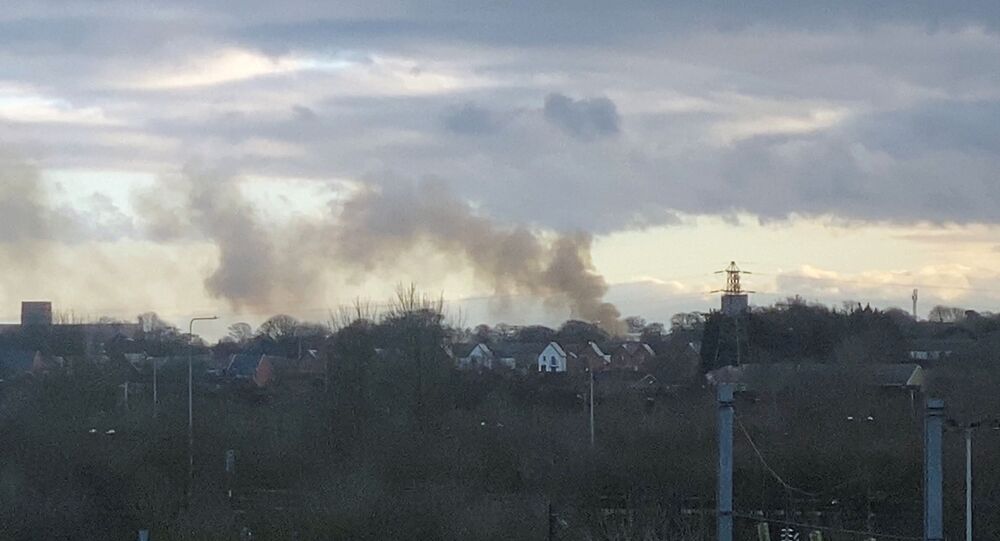 MOSCOW (Sputnik) - A fire has broken out at a disused army barracks in the English county of Kent that is being used to house hundreds of asylum seekers after an order was given for residents to self-isolate for 10 days, a refugee crisis charity said on Friday.

"A fire has broken out and fire engines have been called to Napier Barracks in Folkestone following an upsetting afternoon for the residents. They each received an impersonal letter from Clearsprings, the accommodation provider, saying they would be split into new ‘bubbles’ and would need to self isolate for a further ten days", the Care4Calais charity said in a press release.

The barracks has recently been hit by a severe outbreak of COVID-19 that left "one in four people" at the facility infected with the disease, lawmaker Zarah Sultana said this past Tuesday.

According to UK media outlets, roughly 100 asylum seekers at the barracks who tested negative for the disease have been transferred to hotels to self-isolate.

An asylum seeker housed at the facility told Sputnik back on January 12 that almost all residents had gone on hunger strike in protest against the lack of COVID-safe measures being taken at the barracks.

Back in December, several asylum seekers, who spoke on the condition of anonymity over fears of reprisals, told Sputnik that they were living in overcrowded conditions and had no freedom of movement.

Activists on Thursday staged a protest outside Napier Barracks, throwing fake blood at the gates of the facility, according to regional media outlets.