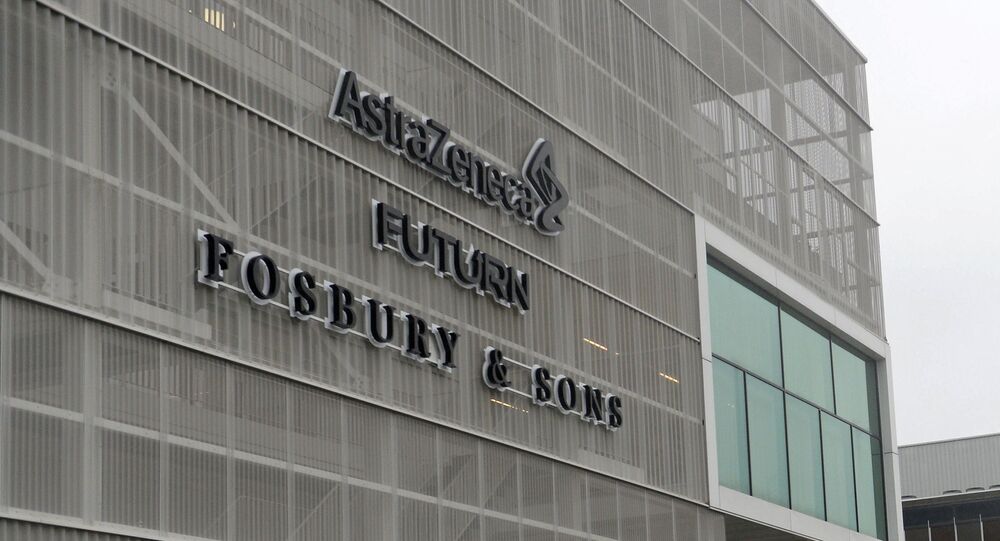 The European Union's vaccine trade war with the UK continued to escalate on Thursday, with a surprise swoop ordered at AstraZeneca's facility in Belgium coming to light and European Council President Charles Michel vowing tougher measures to force the UK to hand over supplies of the jabs.

Scots First Minister Nicola Sturgeon has been accused of "playing petty politics" by siding with the European Union (EU) in its vaccine war on the UK.

Sturgeon told the Scottish Parliament at Holyrood Castle on Thursday that she would reveal confidential details of UK vaccine supplies to Brussels, as the powerful European Commission continued to escalate hostilities with erstwhile member Britain.

Sturgeon, a strident opponent of the UK exit from the EU, said she would leak the information "regardless" of British Prime Minister Boris Johnson urging her not to do so.

No love is lost between the two, as Johnson repeated that he would not grant Sturgeon's demand for a repeat of 2014's Scottish independence referendum. The nationalist leader has vowed to apply for EU membership for Scotland if residents vote yes this time, overturning the 55 percent majority in favour of staying in the UK seven years ago.

"The simple truth is she has a tendency to support the EU rather than the United Kingdom," stated Conservative Party MP and prominent Brexit supporter, Peter Bone, cited by the Daily Mail on Thursday, calling her behaviour "wrong".

"I would have thought she would praise the success of the UK because Scotland shares in that," Bone said. "If she was in the EU and not part of the UK she would still be waiting for her vaccines. Get behind the UK government and stop playing petty politics."

European Commission President Ursula von der Leyen and Health Commissioner Stella Kyriakides upped the ante in their row with the UK and Anglo-Swedish vaccine producer AstraZeneca on Wednesday, demanding that tens of millions of jabs produced in the firms two UK plants in Wrexham and Oxford be sequestered to make up for problems in scaling up production at its sites in Belgium and the Netherlands.

The two had already announced that exports of vaccines made in the bloc to non-EU nations — which now includes the UK — would be restricted to ensure supplies are reserved for the 27 member states.

That drew accusations that the Commission was trying to cover up for its insistence on centralised, EU-wide regulatory approval and procurement and had delayed for three months placing an order for 100 million AstraZeneca shots.

While the UK has immunised over 10 percent of its population since December 2020, less than two percent of EU residents have had the jab.

The Eurosceptic Alternative for Germany (AfD) MEP, Jörg Meuthen, told weekly newspaper Junge Freiheit that von der Leyen should resign for what he characterized as her failures.

“The EU failed across the board in getting the vaccine," said. "While other countries such as Great Britain ordered larger amounts of vaccine months earlier, the EU under the leadership of Ursula von der Leyen has failed to take action in time and then got bogged down hopelessly in contractual clauses with the pharmaceutical companies."

On Thursday, it emerged that the Commission had ordered a surprise inspection of AstraZeneca's Belgian facility on Wednesday in an attempt to find reasons for the delay in supplies. and in a letter dated Wednesday, European Council President Charles Michel told four other leaders of EU nations that the bloc was mulling even more aggressive action.

"If no satisfactory solution can be found, I believe we should explore all options and make use of all legal means and enforcement measures at our disposal under the Treaties", Michel wrote.

But the European Medicines Agency has still not approved the AstraZeneca jab that Brussels is demanding, and on Wednesday media reported that Germany's vaccine committee was advising against giving the vaccines to those over 65 — the age range most vulnerable to coronavirus.

Meanwhile, a German EU parliamentarian from Chancellor Angela Merkel's Christian Democrat party tried to row back on comments he made in an interview with EuroNews on Wednesday.

MEP Peter Liese, a doctor who sits on the European Parliament's public health committee, warned AstraZeneca and the UK to "think twice" before treating Europeans as "second class", warning "you will pay".

​Earlier on Thursday, Sturgeon suggested that PM Johnson's visit to Scotland to inspect efforts to combat the pandemic was "not essential" travel in breach of lockdown guidelines.

© REUTERS / JOHANNA GERON
AstraZeneca to Publish Vaccine Delivery Contract on Friday Amid EU Supply Delays, Reports Say
​"I'm here in my capacity as prime minister of the whole country to thank hard-working officials and public servants across the whole of Britain who are doing fantastic work," Johnson stated.

The PM visited a vaccine production site in Livingston, a coronavirus test laboratory in Glasgow, and troops setting up a vaccination centre in the city. Police in Scotland said they received a "small number" of calls from individuals attempting to report Johnson for lockdown offences.