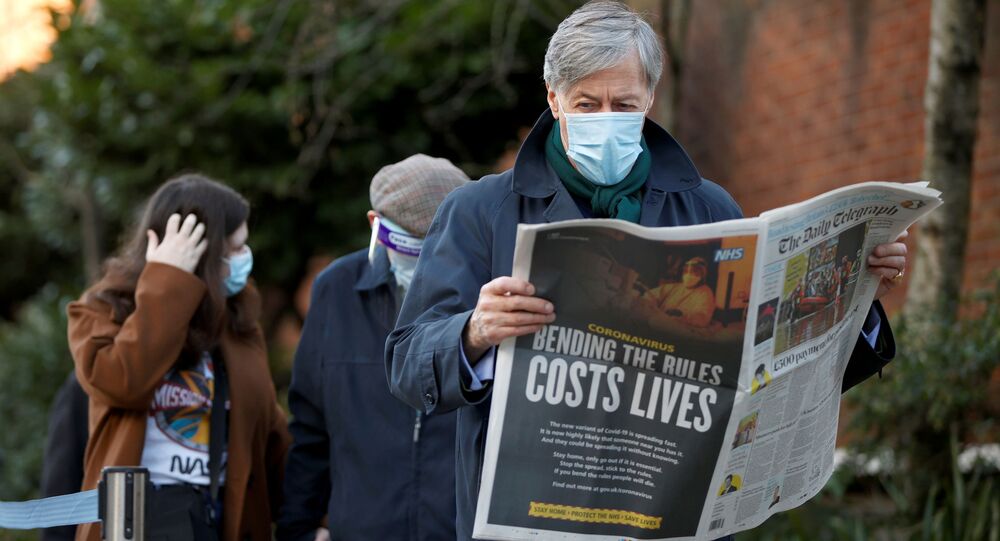 On Tuesday, AstraZeneca's chief executive Pascal Soriot pledged that the UK would come first for coronavirus vaccines as he rejected calls to divert doses to the EU in the wake of a delay in supply.

The UK government has made it clear that it should get all the COVID-19 vaccines that London paid for after the EU urged vaccine producer AstraZeneca to divert supplies from Britain to the bloc.

“I think we need to make sure that the vaccine supply that has been bought and paid for, procured for those in the UK, is delivered,” Minister for the Cabinet Office Michael Gove told LBC Radio on Thursday.

When asked whether the government would try to keep AstraZeneca from diverting vaccine supplies, he said the important thing was that the UK received its orders as scheduled.

The remarks come a few days after UK Minister for COVID Vaccine Deployment Nadhim Zahawi said that he believes both AstraZeneca and Pfizer will deliver their COVID-19 vaccines to the UK and the EU.

"I'm confident that [AstraZeneca and Pfizer] will both deliver for us the quantities that we need to meet our mid-February target and of course beyond that," Zahawi told Sky News.

He spoke after the World Health Organization’s Europe director, Hans Kluge, admitted that “the reality is there is a shortage of vaccines”, adding, ”manufacturers and producers are working 24/7 to bridge the gaps and we’re confident the delays we are seeing now are going to be made up by extra production in the future”.

AstraZeneca’s chief executive Pascal Soriot has, meanwhile, promised that the UK will be the first to receive vaccines as he rejected calls to divert doses to the EU.

© AP Photo / Frank Augstein
UK PM Seeks to Capitalise on ‘Vaccine Bump’ as He Looks to Delay Local Elections, Labour MP Claims
This was preceded by European Commissioner for Health and Food Safety Stella Kyriakides announcing that AstraZeneca had had announced delays in the delivery of vaccines against COVID-19 to the EU.

Apart from AstraZeneca, another vaccine producer, Pfizer has announced production difficulties saying that it was delaying vaccine shipments for three to four weeks because of work to increase capacity at its Belgian processing plant.

The EU has an agreement with AstraZeneca for up to 400 million doses of its vaccine, which was developed in conjunction with Oxford University.