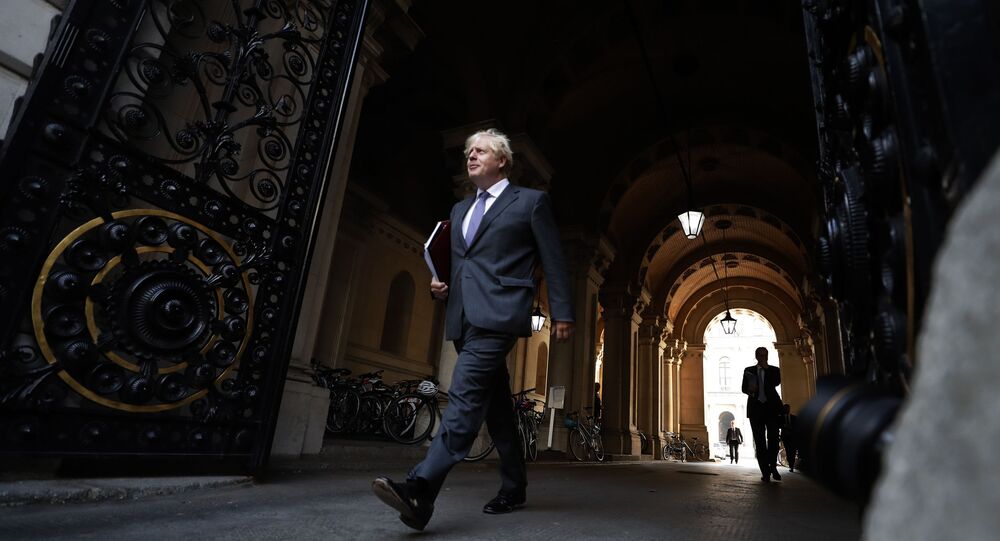 British Prime Minister Boris Johnson has underscored “the great benefits of co-operation across the whole of the UK”, which he claimed “have never been clearer than since the beginning” of the COVID-19 pandemic.

Speaking to reporters ahead of his visit to Scotland scheduled for Thursday, the prime minister stressed that the country has “pulled together to defeat the virus” as the government allocated £8.6 billion ($11.7 billion) to the Scottish government “to support public services whilst also protecting the jobs of more than 930,000 citizens in Scotland”.

“We have a vaccine programme developed in labs in Oxford being administered across the United Kingdom by our armed forces, who are helping to establish 80 new vaccine centres across Scotland. That’s how we are delivering for the people of Scotland so we can ensure the strongest possible recovery from the virus,” Johnson pointed out.

He insisted that mutual cooperation around the UK throughout the coronavirus pandemic is “exactly what the people of Scotland expect and it is what I have been focused on”.

The prime minister underscored the fact that “the people of the UK have stood together during this pandemic”, adding that “working together as one truly United Kingdom is the best way to build our COVID recovery”.

The remarks came as Scottish National Party (SNP) deputy leader Keith Brown described Johnson’s upcoming visit to Scotland as evidence that he was alarmed about the prospect of another independence referendum there.

“Clearly, Boris Johnson is rattled. By branding this campaign trip as ‘essential’, this is clearly a Prime Minister in panic, who knows the Tories are losing the argument on independence. Twenty polls in a row have shown that a majority of voters believe Scotland’s future should be in Scotland’s hands – not Boris Johnson’s,” Brown said.

© AFP 2021 / Andy Buchanan
Time to Go Scotland – Six Successive Opinion Polls Back Independence
Earlier, she told the BBC that the prime minister "fears the verdict and the will of the Scottish people" as he continues to refuse to allow another independence vote. According to Sturgeon, her government will hold an independence referendum if the SNP wins a majority in the elections, due to be held in May.

She spoke after the SNP unveiled what it described as a "roadmap to a referendum", which laid out the party's 11-point plan on how they intend to pursue a second vote. The roadmap, in particular, notes that any attempt by the UK government to oppose the legality of holding a vote will be "vigorously opposed" in the courts.

In a letter to Sturgeon in early 2020, Johnson underlined that “the Scottish people voted decisively to keep our United Kingdom together, a result which both the Scottish and UK Governments committed to respect”.

Scotland already held its independence plebiscite back in September 2014, which failed with 55 percent of voters expressing their desire to remain in the UK.