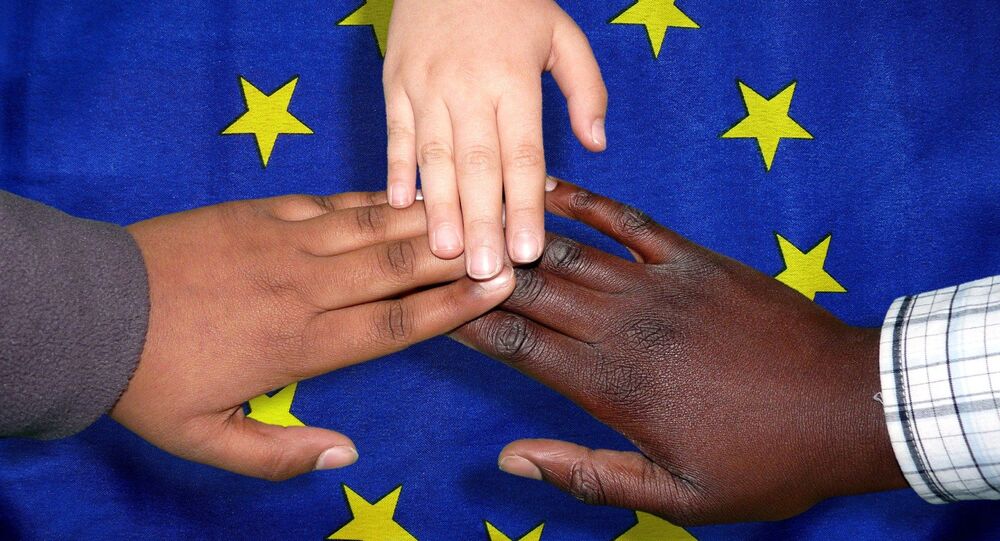 UK immigration minister Chris Philip has argued that allowing refugees from safe European countries to resettle in Britain created a “pull factor” for them to travel to Europe.

Philip has confirmed that the UK government took “responsibility for the welfare of children very seriously,” but the legal route for these minors to enter UK no longer existed. He was replying to a question from a Labour MP Alex Sobel who asked what the Home Office is doing to help relocate unaccompanied children in the refugee camps on the Aegean Islands.

“… responsibility for asylum seekers and refugees in EU member states lies with the authorities of the safe EU country in which they are present in accordance with their international obligations,” Philip said.

The government’s position has prompted an immediate response from opposition politicians. The Liberal Democrats said the government should not “turn its back” on refugee kids and urged supporters to join their call for safe, legal routes to sanctuary for refugees.

Children who’ve been forced to flee their homes and separated from their families are some of the most vulnerable people in the world.

The Government must not turn its back on them. Agree? Back our campaign⬇️https://t.co/fbB7eEMVzPhttps://t.co/zW3ExmCW0A

​Labour MPs Nadia Whittome and Bell Ribeiro-Addy called the decision “heartless” and asked for it to be reversed.

The government has turned its back on child refugees.

Closing legal routes to asylum will only put more vulnerable children at risk of trafficking and abuse.

This heartless decision must be reversed.https://t.co/T4OdRkE6WJ

Turning away refugee children is a new low even for this Government.

This heartless decision will put more vulnerable minors straight into the hands of traffickers.

They must reverse this decision and open up safe & legal routes for refugees.https://t.co/IvjpnxSgqT

​Former Green Party leader Natalie Bennet and Lord Dubs, who initially introduced the landmark amendment to the Immigration Act, agreed that Britain should “play its part in sharing responsibility for these kids”.

"We should play our part in sharing responsibility for these kids”

Instead we offer the #HostileEnvironment. There is no doubt vulnerable children will die as a resulthttps://t.co/NUoscCfAjp

​Last January the House of Lords approved the amendment which would reinstate a commitment by the UK to protect unaccompanied child refugees.

A year later, Philip said that it was more important for Britain to “focus on ensuring that we can care for those who are already here before we agree to taking more children.” He also added that accepting to resettle refugees from safe European countries created a “pull factor” for them to travel to Europe.

The immigration minister stressed that refugee children in Europe would still be able to join their family members in Britain.

“The government is prioritising resettling vulnerable refugees direct from dangerous conflict zones rather than those who have often paid people smugglers to reach other safe European countries,” he added.

The UK had initially committed to welcoming 3,000 lone refugee children stuck in Europe into Britain under the Dubs amendment in 2016. Eventually the number was capped at 480 places.

Following the withdrawal of the UK from the European Union, the Dublin III Regulation can no longer be applied in the UK. The regulation establishes the criteria and mechanisms for determining which Member State is responsible for examining an asylum claim made in the EU.

However, Brexit has not affected UK’s adherence to the 1951 Convention, where the core principal is “that a refugee should not be returned to a country where they face serious threats to their life or freedom.”