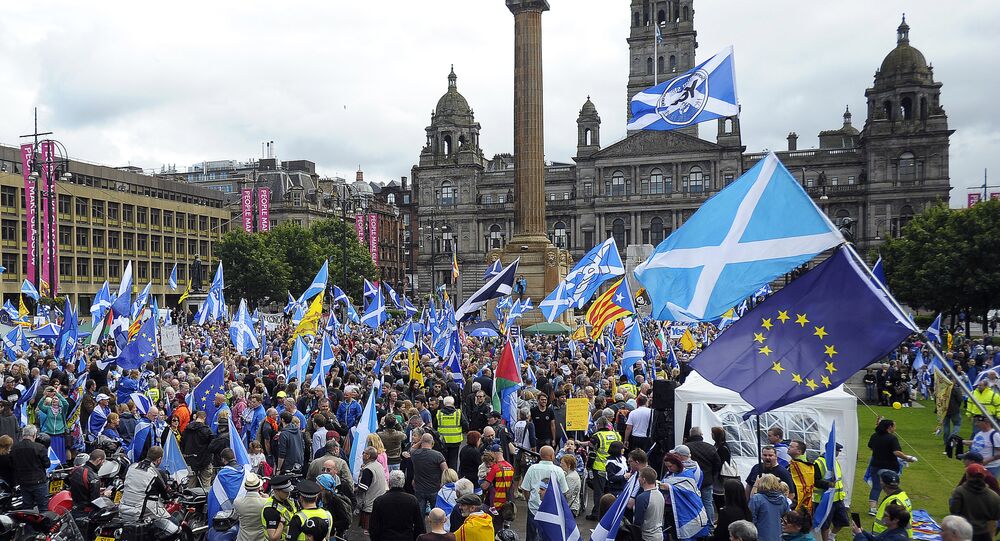 After the United Kingdom's withdrawal from the European Union, many voters in the devolved nations have started to see independence as an alternative to Brexit.

Veteran journalist Andrew Neil accused "diehard Remainers" of wanting to see the United Kingdom broken up to "vindicate their claims that Britain would pay a terrible price for Brexit".

The broadcaster made his comments in a tweet on Monday responding to remarks about the economic effect leaving the EU is having on the UK as a result of increased barriers to movement.

Exactly. But there a number of diehard Remainers who would quite like the UK to break up, if only only to vindicate their claims that Britain would pay a terrible price for Brexit. https://t.co/dtzdGY5S0C

​This follows surveys published by his former newspaper, The Sunday Times, of opinion polls across the four constituent nations of the UK, which found that the union is becoming increasingly vulnerable.

In Scotland, which is at present led by the independence-supporting Scottish Nationalist Party, a majority of voters think Scotland is likely to be independent in the next 10 years, according to the survey.

Despite a victory for the union in 2014 referendum, polling now shows consistent majorities in favour of Scotland's withdrawal from the UK.

As for Northern Ireland, a poll by LucidTalk found that most respondents would like to see a referendum on the reunification with the republic within the next five years.

Scotland's First Minister Nicola Sturgeon has said that Scotland will hold a second "legal referendum" on independence from the UK if she receives a majority at the forthcoming Holyrood elections which are expected to be in May.

Attitudes towards the union remain split in Northern Ireland but Democratic Unionist leader Arlene Foster hit out against nationalist organisations for focusing on constitutional issues during the coronavirus pandemic.

Support for a holding a border poll within 5 years:

Andrew Neil - who is an outspoken critic of Scottish nationalism and has repeatedly called leaders such as Sturgeon to account - is preparing to set up his own television news channel with the financial support of Rupert Murdoch's media empire.

Neil, who left the BBC last year, issued a statement saying that GB News “will champion robust, balanced debate and a range of perspectives on the issues that affect everyone in the UK."

He added that the outlet is “aimed at the vast number of British people who feel underserved and unheard by their media”.

£60 million in startup cash, yet GB News' logo could have been nicked from a 1990s budget airline pic.twitter.com/C6m8BHvWzM

​According to reports in the Evening Standard, the project will also include broadcasters Nick Ferrari and Rachel Johnson as well as TalkRadio host Julia Hartley-Brewer.

The move has been criticised as an attempt to introduce a Fox News-style sensationalist media and an indication of how money bankrolls conservative media platforms.