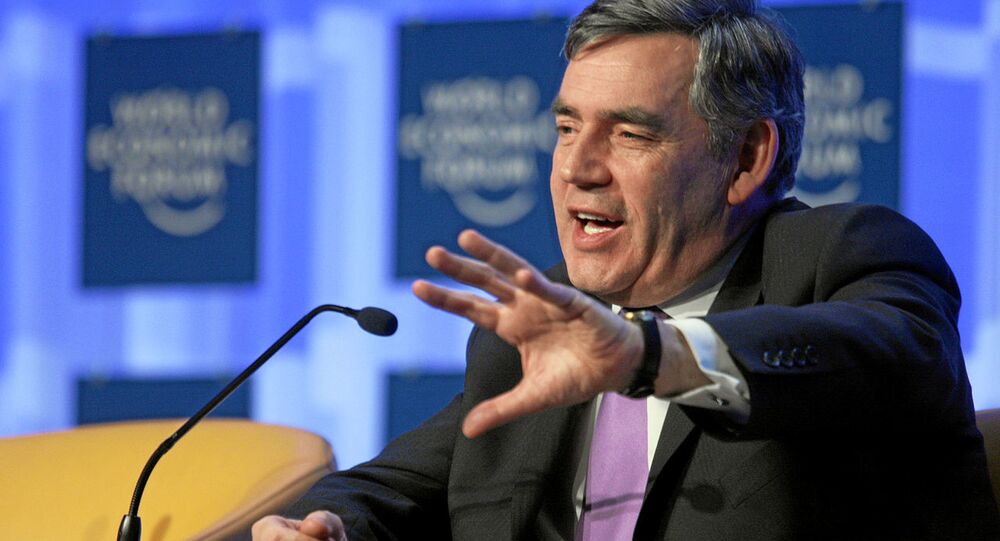 Brown, who served as UK Prime Minister in 2007-2010, shared his views on the future of the COVID-stricken country in a Daily Telegraph column late on Sunday.

The United Kingdom requires fundamental reforms or it is doomed to swiftly turn into a "failed state", former UK prime minister Gordon Brown wrote in the Daily Telegraph.

"I believe the choice is now between a reformed state and a failed state. It is indeed Scotland where dissatisfaction is so deep that it threatens the end of the United Kingdom," the ex-prime minister wrote.

Brown called on the current PM Boris Johnson to establish a commission to scrutinise the country's governance, adding that the pandemic highlighted the "tensions and grievances that have been simmering for years" between London and other parts of the United Kingdom.

“No country can have national integration without political inclusion, and the commission might start by learning from the experience of countries like Australia, Canada, Germany and America where, partly because of British influence in times past, second chambers are senates of their regions, and minorities who can easily be outvoted are guaranteed a stronger voice,” Brown believes.

Brown's displeasure with the country's governance comes as the UK is under new lockdown measures that have been a matter of dispute between various parts of the country.

In October, the government was embroiled in a clash with Manchester over its demand for £65 million to provide an 80% furlough wage.

The article in the Daily Telegraph was also published hours after Scotland's First Minister Nicola Sturgeon said that in case of her party's win in the May election, her government will hold a vote on Scottish independence.

According to fresh polls, the bid for independence in Scotland prevails over the wish to remain in the union, while surveys in Northern Ireland indicate that the majority of the population there favours unification with the Republic of Ireland.

The results come as the United Kingdom formalised its exit from the European Union, which in 2016 was opposed by Scotland and many constituencies in Northern Ireland.