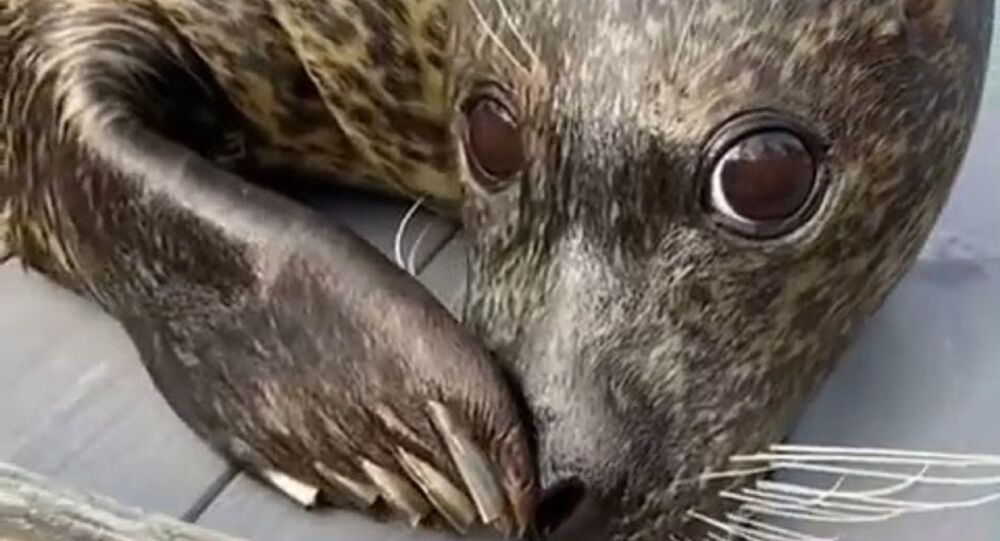 Wildlife in the United Kingdom is extremely vulnerable to being caught in nets and other waste left along the nation's shorelines. Over the weekend, one unlucky animal found itself entangled in a discarded mesh on the beach.

A seal that was caught in a fishing net was been saved by a heroic bystander, who successfully managed to cut it free on Sunday.

The mammal was first spotted on Saturday struggling in the tangled web while on the shore in Felixstowe, Suffolk, the BBC reports.

Marine charity volunteers attempted to rescue the creature on Saturday but it had already floated too far out into the ocean while still trapped.

Volunteers continued their search until it was spotted by a member of the public, who promptly alerted the Royal Society for the Prevention of Cruelty to Animals (RSPCA).

While the animal's fate appeared to be sealed, an unnamed member of the public identified the trapped creature and managed to set it loose on Sunday afternoon, Jo Collins from the British Divers Marine Life Rescue told the BBC.

Before RSPCA arrived, the seal looked as if it was about to go back out into the sea, so a woman wrapped it up in a blanket and managed to release it herself.

"I'm so relieved as the outcome could have been a lot different", Colins said.

"It is always best to get the experts involved but I am so pleased we had the right result in the end", Ms Collins added.

Ms Collins confirmed that the seal is now back in the sea.

Nets, plastic, and other debris floating around the UK's shorelines are considered to be a threat to species in the area.

According to the National History Museum, which is involved in local wildlife conservation, seals, as well as whales, dolphins, porpoises, fish, turtles, and sharks, are all prone to getting caught in fishing gear.

Animal conservation groups across the country have stepped up their efforts in recent years to address the problem of animals getting caught in nets on British beaches.

This #Atlantic Grey #Seal, tragically caught in the remains of a fishing net on Horsey Beach in #Norfolk #England. 🐋 ♻️ Follow us and join the #bigbluemovement! https://t.co/4iafQKYkDV #ocean #conservation pic.twitter.com/8il5o1Xw5k