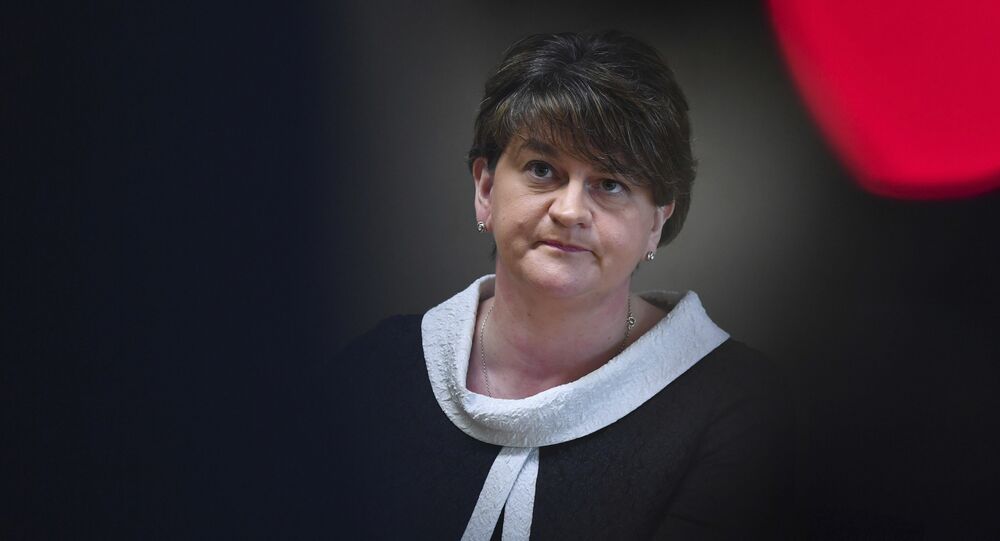 While Northern Ireland remains in the United Kingdom, an increasing number of residents in the devolved region back a vote on the matter of reunification. Under the terms of the Good Friday Agreement, if there is a majority of people who support unifying the island, Westminster must permit the poll to take place.

Democratic Unionist (DUP) Leader Arlene Foster called a potential vote to reunify the island of Ireland would be "absolutely reckless" on Sunday.

Speaking to Sky News, the first minister hit out at Irish nationalist parties for focusing on "constitutional politics" during the coronavirus pandemic, saying she finds the discussion "disappointing".

"We all know how divisive a border poll would be, and for us in Northern Ireland what we have to do is come together to fight against Covid, and not be distracted by what would be absolutely reckless at this time", she said.

However, she added that if there were to be a vote on Irish unity, the arguments for keeping the United Kingdom together are "rational, logical, and they will win through".

This follows a survey organised by the Sunday Times and LucidTalk in Northern Ireland that 51% of the population support holding a referendum on Irish unity within the next five years.

Support for a holding a border poll within 5 years:

The deputy first minister called on the Irish government "to step up preparations" for a poll on the border issue.

There is an unstoppable conversation underway on our constitutional future

It is time for the Irish Government to step up preparations

​Groundwork for a potential vote on Irish reunification is included in the Good Friday Agreement, which led to an end to decades of violence in Northern Ireland.

Under the agreement, the Northern Ireland Secretary in Westminster must call a border poll at any point where it appears "likely" that thre is majority support in the devolved territory for a united Ireland.

This comes just a month after the UK left the European Union's economic structures. The deal with Brussel's keeps Northern Ireland functionally in the Customs Union to avoid a hard border and any disproportionate regulatory framework between the two sides of the island.