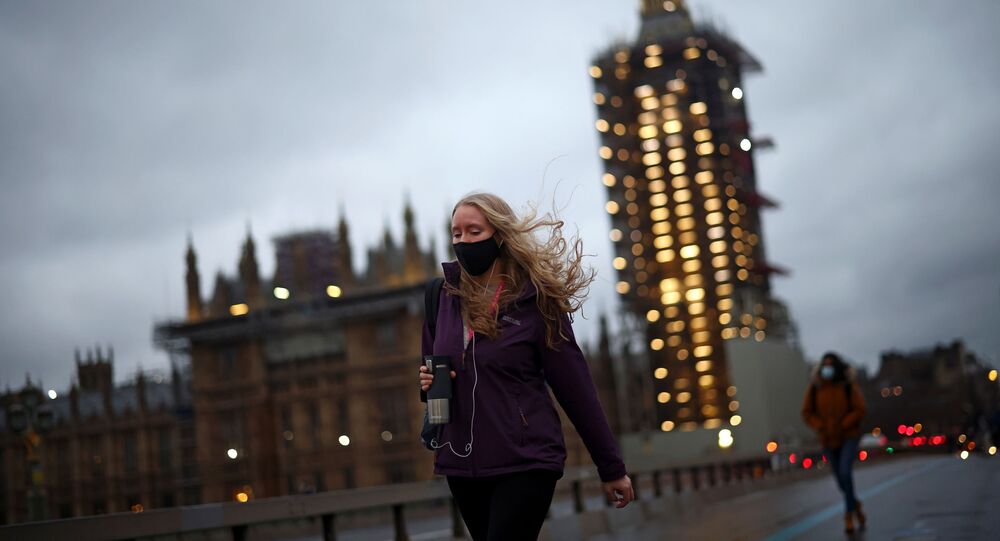 The UK first reported the existence of a new strain of Covid-19 in December. Since then, officials have issued contradictory statements about its contagiousness and deadliness.

There is "some evidence" that the new strain of the coronavirus discovered in the UK last month is more deadly than previously believed, Prime Minister Boris Johnson has announced.

"I must tell you this afternoon that we've been informed today that in addition to spreading more quickly, it also now appears that there is some evidence that the new variant, the variant that was first identified in London and the southeast, may be associated with a higher degree of mortality," Johnson said, speaking in a briefing on Friday.

"It's largely the impact of this new variant that means the NHS is under such intense pressure," the PM added, referring to 40,000+ new cases of the virus recorded over the past 24 hours.

Johnson's remarks appear to contradict earlier claims about the extent of the new strain's contagiousness by Danish researchers, who recently calculated that the so-called "British" variant is 36 percent more contagious than the common strain, and not 74 percent previously claimed by British scientists.

The UK began a mass vaccination rollout last week, with Britons invited to get a jab developed by Pfizer-BioNTech or Oxford/AstraZeneca. The Pfizer-BioNTech vaccine has come under fire in several countries where it's been used, with scientists reporting a broad spectrum of potential complications ranging from temporary facial paralysis to death. Last week, Le Monde revealed that European Union authorities pressured the bloc's medicines watchdog to approve the Pfizer vaccine despite a series of concerns about its quality and safety. British regulators are said to have been more lax than those from the EU to begin with.

Since the pandemic began last year, the UK has reported a total of over 3.54 million Covid-19 cases and 94,500+ deaths associated with complications from the respiratory disease. The country has also reported a surge in fatalities associated with the conversion of health care capacity to fighting the coronavirus, which has left fewer medical staff and resources available to treat people suffering from other serious ailments, including heart disease, cancer, and diabetes.