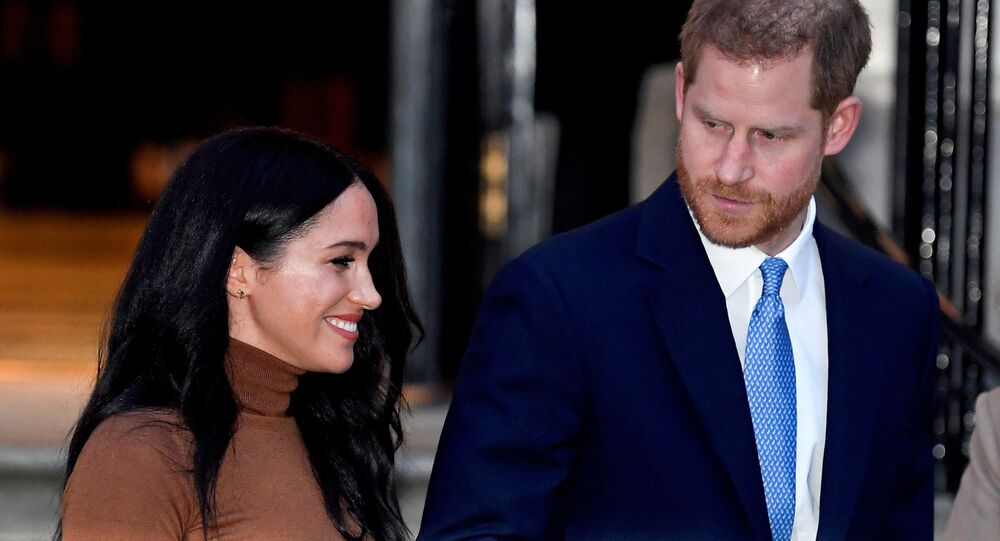 The Sussexes dropped a bombshell announcement on 8 January 2020 to reveal they wanted to "step back" as senior royals to carve out a "progressive new roles" for themselves.

Meghan Markle and Prince Harry are in no doubt that they made the right decision to opt out of the British royal family and will never return to the fold, claims a royal expert cited by OK! magazine.

“They were living at 100 miles an hour and, had it not been for the pandemic, they probably would have continued that way in their own projects. But the pause came at the right time for them to rest and reevaluate what’s important. In a way, 2020 was the year they really needed,” said the expert and author of the couple's biography, Finding Freedom, Omid Scobie.

​According to him, the couple, whose bombshell decision to step down from their senior roles in the royal family made headlines the world over, has had time to slow down and take stock of their lives thanks to the coronavirus pandemic.

“There was a time when it was just the three of them and they coped without childcare. It strengthened them as a couple and Harry and Meghan really are happier and more in love than ever. There’s no doubt in their minds that leaving the royal family was the right thing for them,” claims Scobie.

The royal biographer added that while the the Sussexes are content as a family of three with 20-month old son Archie, they might expand in the future. Scobie also touched on Meghan's miscarriage she suffered in July 2020.

"After experiencing loss, I wouldn’t want to suggest they are trying again, but they’ve made no secret of their desire to grow their family,” he said.
© AP Photo / Ben Stansall
Meghan, the Duchess of Sussex, centre, accompanied by Britain's Prince Harry, the Duke of Sussex and her mother Doria Ragland walk to attend a reception at Kensington Palace, in London, Thursday Sept. 20, 2018

A source close to the Duke and Duchess of Sussex claimed they "don't regret" what has been dubbed as Megxit.

"Despite everything that has been going on this year, they don’t regret their move to the US. They love that they are able to focus on projects and causes that are important to them," sources were cited as saying by People magazine.

The Sussexes were not allowed to leave the royal family on their terms, as they eventually agreed to become non-working royals able to live abroad and pursue financial deals.

Prince Harry relinquished his military patronages and both had to agree to no longer use their HRH titles.

The Duke and Duchess of Sussex have since established their new brand, Archewell, and struck several deals reportedly worth millions of dollars.