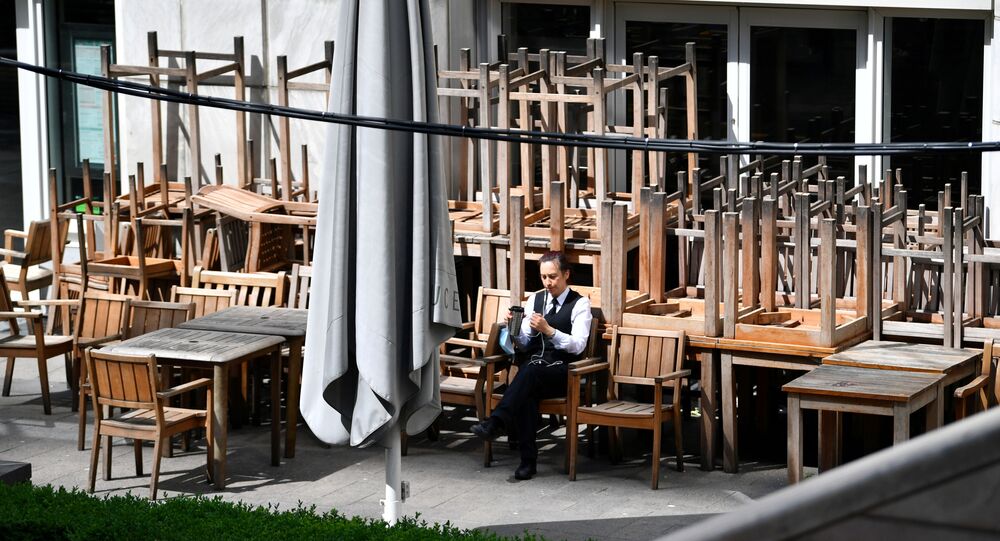 While British Chancellor Rishi Sunak has pledged to provide £4.6 billion in new lockdown grants to support the retail, hospitality, and leisure industry as well as protect jobs through to the spring amid the COVID pandemic, thousands of businesses are still scrambling to receive what the government promised to give in October 2020.

A survey conducted by the Events Industry Alliance (EIA) has found that a number of local councils have yet to provide the first tranche of November's £3,000 grants allocated by the government to support companies and preserve jobs. The event sector, which has been one of the hardest hit in the UK, complains that a number of local authorities have not specified how the firms can receive the long overdue aid, while others are merely not responding to inquiries.

"In the pub industry it's very dire", says Dave Mountford, who runs the Boat Inn in Derbyshire and is a co-founder of the Forum of British Pubs. "Pubs are all shut in the country. And many pubs were being charged for rent, despite being shut".

Prior to the current crisis, many pubs were struggling to survive under the tier system introduced by Prime Minister Boris Johnson following the second wave of the coronavirus last year: "Some pubs found it easier to shut than to try and open in our tier system", he says. "And people were losing money left, right and centre, basically. So it was a real mess".

The government grants would at least partially help, but they are very slow to get hold of, according to the businessman.

Survey work undertaken by the Forum of British Pubs has indicated that of the pubs eligible for the November grant, only two out of ten were paid within two weeks, and a further four out of ten had been kept waiting for up to four weeks. "By December there had been further slippage with less than half the payments actually having been paid by the first week in January", the pubs support organisation's press release said.

However, the organisation's bigger concern is that of the 529 pubs involved in the survey, more than two thirds reported that the grants covered less than half of their running costs during the lockdown period, while only 1 in 20 said that they covered between 75% and 100% of their costs.

"There was one big grant £25,000 - that was for the first shutdown", Mountford recalls. "And then there was a smaller grant - and this varies from one pub to another, every time you go into lockdown, there is a smaller grant. And now there is another grant for the latest lockdown, which we have not accessed yet. In fact, we still haven't had access to the second lockdown grant yet. That's still not been submitted. It's being submitted any time now. So, the access to the money is very slow".

© REUTERS / HANNAH MCKAY
People stand outside a pub that is open for takeaway drinks during the New Year's Eve amid the coronavirus disease (COVID-19) outbreak, in London, Britain December 31, 2020

Who's Placing Obstacles in the Path?

The obstacle to getting the grants is the fact that the local councils don't promptly receive the information and money from the government, according to the pub owner. So when the government announces there will be grants on TV, the councils don't know anything about it, triggering additional controversy and delays.

"So, while the government says 'Yes, we're going to give you lots of money', it can sometimes take two months before you get that money", he notes.

Previously, Darren Jones, chairman of the Parliament's Business Committee, told The Telegraph that town halls are struggling with the "complex rules" set by the government on how to distribute the funds.

It's not the national but local governments who are responsible for the delays, argues Christopher Bovis, professor of international business law at the University of Hull. He characterises local authorities in England and Wales as "extremely bureaucratic organisations", which "usually base their bureaucracy on the application of eligibility criteria for funding allocations to companies and individuals".

"The painfully slow dispensation of funds to companies is attributed partly to the Treasury for their complexity of budget allocation, but the main culprit is the actual delivery eligibility rules which are applied by local authorities", he says. "Rules on eligibility and assessment of companies to receive funding already allocated and approved are the main reason for the delay and slow processing of applications".

The professor insists that an urgent review of the aforementioned rules is critical to the survival of the events sector, adding that the situation in the industry and associated sectors is beyond serious and approaching an existential crisis.

© REUTERS / PHIL NOBLE
People run past a pile of empty beer barrels outside a closed pub amid the COVID-19 pandemic in Belfast, Northern Ireland January 2, 2021

'We Have No Plans for the Future'

Meanwhile, Mountford and his peers are trying to survive by taking loans and spending their life savings. The businessman refers to the Bounce Back Loan Scheme (BBLS) which enabled small businesses to access funds more quickly during the pandemic. However, these loans are obviously to be repaid starting at 12 months from when one took them on and there's no guarantee that people will have funds to repay anytime soon, according to him.

"The problem with that is that a lot of people took those loans in the last shutdown, in the first shutdown", he says. "So, we took them thinking we would be open in September, October and continue to remain open. So, a lot of people have got big loans now and have still been shut for a further six months".

In order to make ends meet, Mountford has drawn down his pension income. To complicate matters further, he has no idea when his pub will reopen, therefore he has no plans for the future, he says.

"So, it's very, very difficult", he notes. "We are just waiting to open. And we will hope that we are able to open and trade and any money that we get from the government we will put away and keep safe and not touch. Because we have to live off it. Carry on paying our rent each week to our landlord even though we are not open".