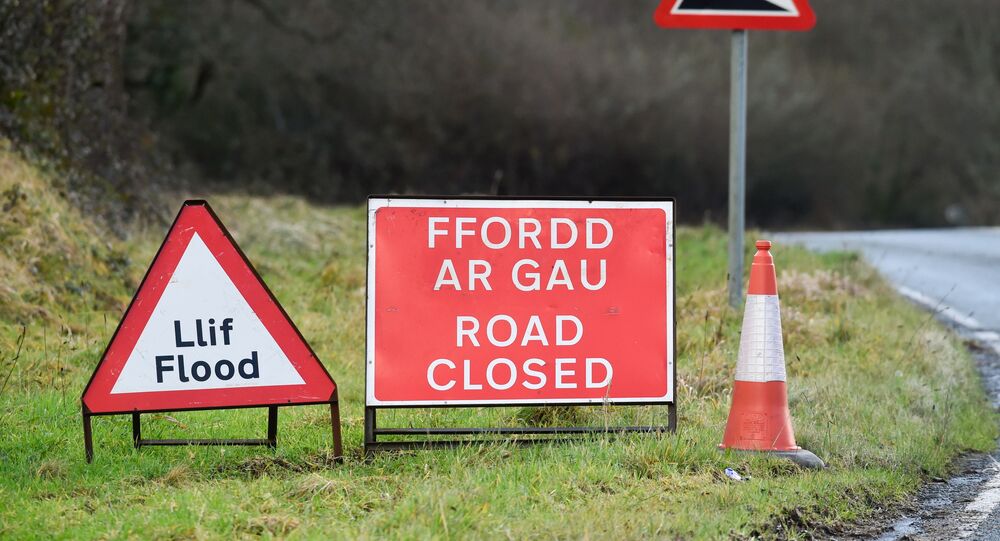 LONDON (Sputnik) - Hundreds of households in the United Kingdom's coastal cities, including those in England and Wales, were evacuated as Storm Christoph brought widespread flooding across the island nations, the emergency services said on Thursday.

Strong winds and heavy rain followed by snow showers damaged power lines in some areas. The water level in some rivers reached critical levels, according to the Environment Agency.

"There are a significant number of #flood warnings across England due to heavy rain," the agency wrote on Twitter.

There are a significant number of #flood warnings across England due to heavy rain.

Watch our video to know what to do in a flood and sign up for flood warnings in your area now: https://t.co/MPz7FwsWeY #PrepareActSurvive pic.twitter.com/ILEujXjdR9

​The emergency services were scrambled to protect the Wrexham warehouse in northeastern Wales, which is filled with AstraZeneca coronavirus vaccines.

© AP Photo / Matt Dunham
One Woman Dead, Hundreds Trapped In Shopping Malls Amid Widespread Flooding in Northern England
Residents of northern England are advised to stay indoors. Trains connecting the English cities of Manchester and Liverpool, as well as York and Leeds, have been cancelled.

According to a Sputnik correspondent, the storm has also reached London. Parts of the UK experienced up to 24 hours of torrential rainfall by Wednesday morning and 58 flood warnings, as well as over 180 flood alerts.

The Meteorological Office has warned that Storm Christoph could result in 8 inches of rain falling over high ground in the Pennines and Peak District in England.