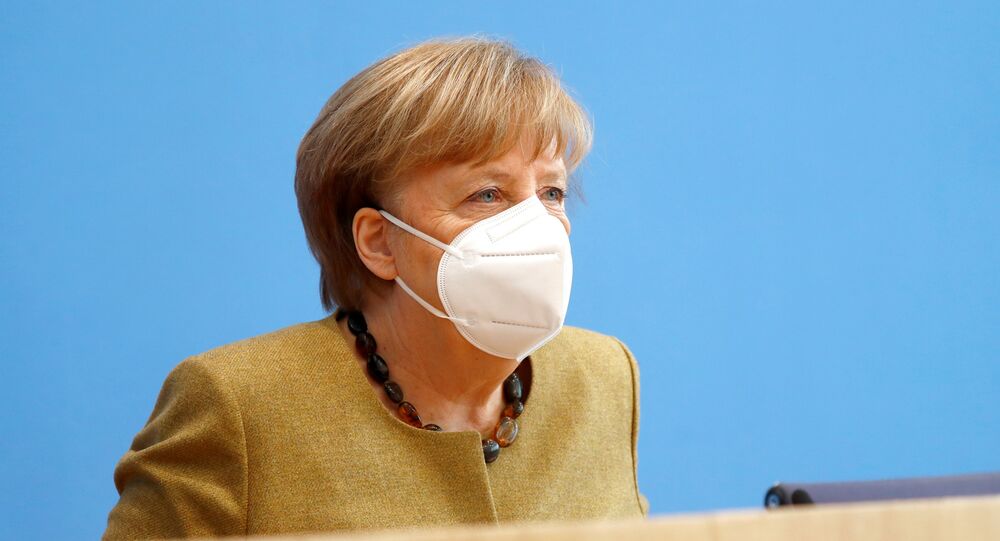 EU members are free to impose temporary bans on entry and on transporting passengers entering from non-EU countries with virus variant areas, according to a report published by The Times.

Covid-19 restriction measures could be taken to a new level, with European countries banning all UK residents from entering. Under the proposal of the German government led by Chancellor Angela Merkel, EU member states may ban all non-EU visitors, which now includes Britons. The reported intention has been prompted by the necessity to protect public health and also minimise the risk of the spread of new Covid-19 variants.

"Only if member states take joint and co-ordinated action can the virus be contained effectively. We see an urgent need to act in order to prevent or at least slow down the spread of worrying virus variants to and within the EU area," a German proposal to the EU has reportedly suggested.

If implemented, the new ban would mean Europe will become a no-go zone for the UK residents - potentially regardless of whether they hold a European citizenship – until sufficient proof of the new variant spread reduction is provided.

United Kingdom, South Africa and Brazil are among the countries where new variants of coronavirus have reportedly originated in the recent weeks. On 14 January, the UK suspended all travel from South America and Portugal in the light of the new variant spread in that part of the world.

Now, according to reports, the EU is prepared to discussed the same measure against Britain in order to “deal with SARS-CoV-2 variants of concern.” EU leaders will discuss the issue during a video conference on Thursday.

During a press conference on 21 January, Merkel confirmed that the threat of Covid-19 variants and their genome sequencing will be discussed by EU chiefs.

"Epidemiologically the EU is one region," she said, urging for similar measures across the bloc.

The Netherlands have also expressed its concern with the “UK variant”, with the Dutch Prime Minister saying there is no alternative but to implement tough measures.

Speaking to the European Parliament on Wednesday, European Commission President Ursula von der Leyen said that despite the vaccine roll-out, the “months and weeks ahead will be hard for citizens and businesses.”

The months ahead will be crucial for battling the pandemic, making Europe’s economic recovery green, digital and fair, and grasping new opportunities on the global stage #EU2021PT @antoniocostapm pic.twitter.com/4l9ErortMT

​“We all are aware of the fact that we still need lockdowns across Europe and this comes of course at a high price,” she added.

UK has been exhibiting alarming figures of Covid-19 cases and deaths, reaching to become the nation with the highest daily coronavirus death rate in the world.