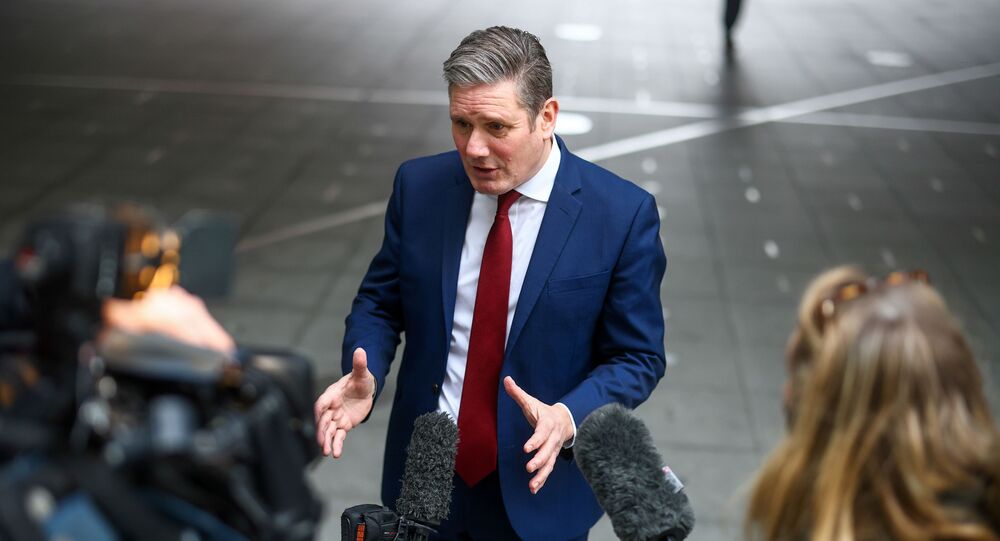 The United Kingdom has introduced a ban on travel corridors amid concerns over new fast-spreading variants of the coronavirus in other parts of the world. Sir Keir Starmer, who leads the Labour opposition, criticised the government for not introducing restrictive measures fast enough.

Labour leader Sir Keir Starmer slammed the government on Friday for being too "slow" to close travel corridors into the UK as the country faces a surge in new coronavirus cases.

Speaking to Sky News, Starmer thanked NHS staff for carrying out the rollout of the vaccine.

"On the travel corridors, I'm pleased the decision has been made but I think many people will say 'why on earth didn't this happen before?'", the opposition leader said.

Starmer described the government's move on Friday as the "right step but slow, again".

He added that travel restrictions must be "enforced properly" and that the flight corridors would "probably police themselves".

"We are still in a very serious situation", he said. "The infection rates are going up, the NHS is really struggling and therefore everybody has got to comply" with government rules and guidance.

“Why on earth didn’t this happen before.”

Labour leader, Sir Keir Starmer welcomes the news that all UK travel corridors are set to close, but says government have been “slow” to act on the issue.

​The United Kingdom closed travel corridors beginning Monday morning to "protect against the risk of as yet unidentified new strains" of coronavirus.

Prime Minister Boris Johnson announced a total ban on travel from South America and Portugal beginning Friday over concerns of a new variant identified in Brazil. Under the new rules, anyone intending to travel to the UK from overseas will be required to show a negative COVID test before departure.

Government figures as of Friday show that a further 55,761 new daily cases have been reported - an increase of 48,682 from the previous day. 1,280 people died in the same period, as the overall death toll in the country reached 87,291.

Boris Johnson said that the restrictions would remain in place until 15 February at the earliest.