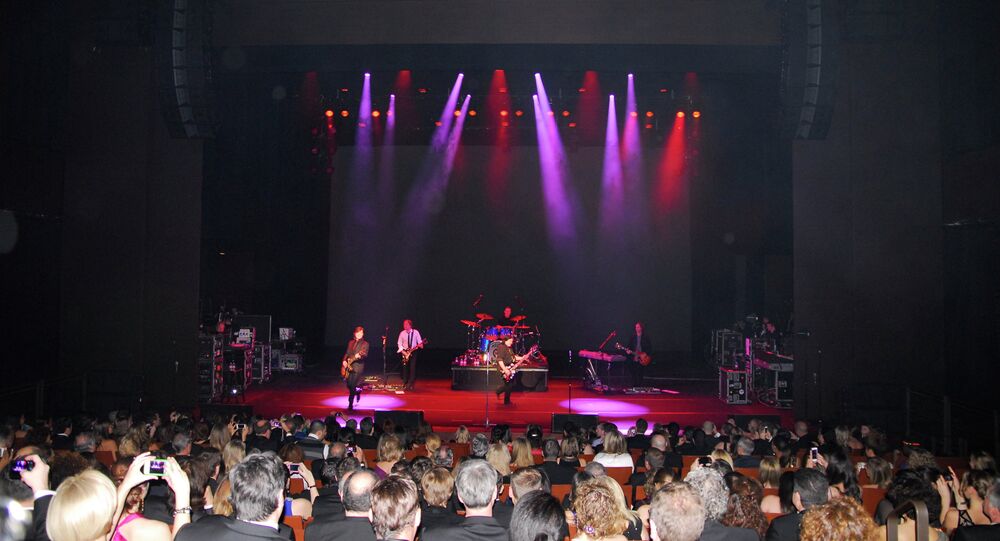 After the United Kingdom left the European Union's Single Market and Customs Union on 1 January 2020 under the conditions of the new Brexit agreement, artists and performers have found themselves requiring travel visas imposed by the bloc's 27 member states.

EU chief negotiator Michel Barnier claimed on Friday that the British government rejected an offer from Brussels over special compensation for artists after Brexit, amid outcry from performers over travel restrictions.

Barnier said his team proposed the exemption of musicians and artists from any new visa requirements for short-term work on the Continent.

The draft legal text, published by the bloc last March, included an exemption from any incoming post-Brexit restrictions for several classifications of workers including "sportspersons or artists performing an activity on an ad-hoc basis" and "journalists sent by the media of their country of residence."

The EU proposal also offered the same exemptions for "businesspersons, i.e. persons travelling for the purpose of business deliberations (without being employed in the country of the other Party)."

These dispensations were outlined on Page 354, within an annex to the draft legal text, and Brussels also suggested establishing a framework for further changes to the exempted categories if necessary.

EU officials claim that the UK's negotiators refused to consider any incorporation of "mobility," citing Westminster prioritising an end to freedom of movement after the transition period.

In an interview earlier this week, Barnier said that increased bureaucratic hurdles for artists touring the Continent was one of many negative results of the UK's withdrawal from the European Union that British citizens and firms would experience.

“Again, I don’t want to either meddle in British domestic politics nor judge the way British people have been informed or prepared for Brexit," Barnier told reporters.

"The only thing I said is that a lot of the consequences of Brexit, which are numerous and serious, have been underestimated and often badly explained."

Barnier said he hoped that the British government would establish further mobility arrangements with the EU, but was rejected by the British side.

"I regretted that British people did not have more ambition on mobility between us," Barnier said.

"We have made proposals in the draft treaty," he said, adding that the EU had "proposed rather ambitious measures in regards to mobility for journalists, artists, musicians and others."

But, he clarified that two are required "to conclude an agreement."

The "Mobility" draft chapter was ultimately not included in the final trade deal signed between the two parties on Christmas Eve.

However, the British government claims that it was the one proposing ease of movement in any future relationship and that it was Brussel's who turned down the offer.

"We pushed for musicians to have a reciprocal right to tour without work permits but that offer was rejected by the EU. Whilst short-term visa-free travel is possible in some circumstances, we will continue to make the case for an arrangement that makes touring easier, and our door remains open to the EU," said a spokesman for UK Prime Minister Boris Johnson.

“We were pushing for an ambitious agreement... but that wasn’t what the EU was offering," the spokesman added.

He did not confirm if the UK had rejected the EU's offer from last March. However, the Independent reported on Wednesday that Downing Street had admitted to rebuking the blocs offer for visa-free travel, worried that increased travel rights would undermine a core motivation behind leaving the EU – ending free movement.

Despite Barnier rejecting future arrangements, Johnson, speaking to the House of Commons this week, said he believed that the situation could be resolved.

“I know that our friends in the EU will be wanting to go further to improve things for not just musicians, but business travelLers of all kinds. There is a mutual benefit," the prime minister said.

This comes amid complaints from musicians — who now have to meet visa requirements established by each 27 EU member states – demanding that the government solve the problem promptly by working out new specifics to allow for touring to be eased at a later date.

The Association of Independent Music has urged for a speedy "return to the negotiating table." Radiohead's Thom Yorke called the government "spineless" over the agreement and The Charlatans' frontman Tim Burgess said artists "have been betrayed by this Brexit deal," while speaking to the Independent

Roger Daltrey of The Who asked a Sky Reporter what Brexit has "got to do with the rock business?"

"As if we didn't tour in Europe before the EU," he said.

As part of the post-Brexit agreement, British citizens are treated by EU countries as third-country nationals - the same way as Americans, Canadians, and Australians when they travel in the bloc.