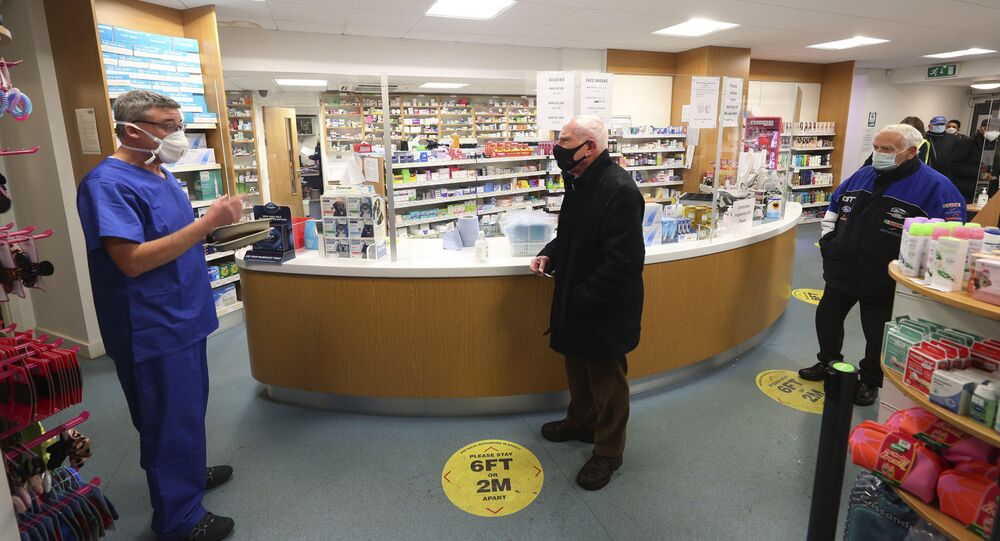 LONDON (Sputnik) - Victims of domestic abuse in the United Kingdom can now go to a pharmacy and use the codeword "Ask for Ani" to seek help from their abusers, UK Minister for Safeguarding Victoria Atkins announced on Thursday.

"It’s an amazing scheme. We are very conscious that victims of domestic abuse can find it incredibly difficult to seek help, particularly with lockdown measures being in place," Atkins told the Sky News broadcaster.

She explained that from Thursday, people can go into any of the 2,300 branches of the Boots chemists’ chain across the country or to other independent pharmacies that have signed up to the scheme and use the codeword.

As soon as they "Ask for Ani," the pharmacy staff will take them into a consultation room where they will be asked if they would like to call the police or the national domestic abuse helpline.

"They are living with their offenders and their ability to snatch five minutes of their time to make a phone call or to seek help may be impossible," the minister added.

The government is also urging employers across the UK to be aware of the signs of domestic abuse among their employees.

"Colleagues and managers can often be the only other people outside the home that survivors talk to each day and are therefore uniquely placed to help spot signs of abuse — such as an individual becoming more withdrawn than usual, sudden drops in performance or mentioning controlling behaviors in their partner," Paul Scully, the minister for small businesses and labour market, wrote in an open letter published on Thursday.

According to figures quoted by Sky News, one in five offences reported during and straight after the first national lockdown were related to domestic abuse, while in England and Wales alone, more than 250,000 domestic violence crimes were recorded between March and June last year.