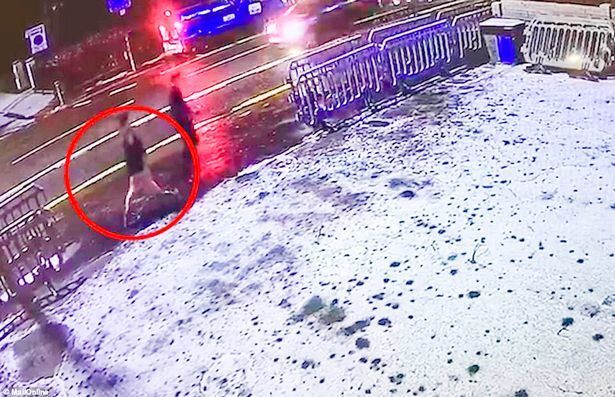 In the early hours of 1 February 2019 Libby Squire, 21, vanished after a night out with friends in the city of Hull in the north of England. The university student’s body was found in the Humber estuary six weeks later.

A Polish man raped and murdered Libby Squire after finding her drunk and distressed in the street on a bitterly cold winter's night, a court has heard.

Pawel Relowicz, 26, denies raping and killing Libby after she was refused entry to the Welly nightclub in Hull just before midnight on 31 January 2019.

The trial of a man accused of killing #Hull student Libby Squire will get underway shortly.

Pawel Relowicz is charged with murdering the 21 year old who went missing in February 2019. pic.twitter.com/EhC5sPybPu

​Libby, who was from Buckinghamshire in the south of England and was studying philosophy, caught a taxi to her home in the city but vanished shortly afterwards.

Mr Wright said: "It was freezing cold, there was snow on the ground and she was not dressed for the weather. She was drunk, she was likely hypothermic, and she was in deep distress. She had lost her house keys, she was crying, she had fallen repeatedly to the floor as she tried to walk and she was extremely vulnerable."

Horrendous hearing the disturbing details of the opening in the Libby Squire court case.
One of the hardest stories I have ever had to cover. Awful

The jury was told that Libby had lost her house keys and became abusive to two men who tried to help her.​

The prosecutor claimed Relowicz, who lived nearby, had come across a "drunk and vulnerable" Libby but instead of taking her home, took her to playing fields where he raped and killed her in "an act of sexual violence."

He said she was then dumped in the nearby River Hull, which empties into the Humber estuary.

Relowicz, who was originally from Poland, in Hull with his wife and two children at the time and worked as a butcher.

He was signed off sick by a doctor on 28 January and had not returned to work by the time of the murder.

Mr Wright said detectives trawled CCTV footage and spotted a silver Vauxhall Astra car owned by Relowicz travelling from a street near where Libby went missing to the playing fields.

He told the jury: "But we will never see Libby again in the footage after he took her there. No car picked her up after the defendant had taken her there that night. We will invite you to conclude that is because he raped and killed her there and put her into the river."

The trial at Sheffield Crown Court, which was due to start in June 2020 but was delayed by the pandemic, is set to last for five weeks.