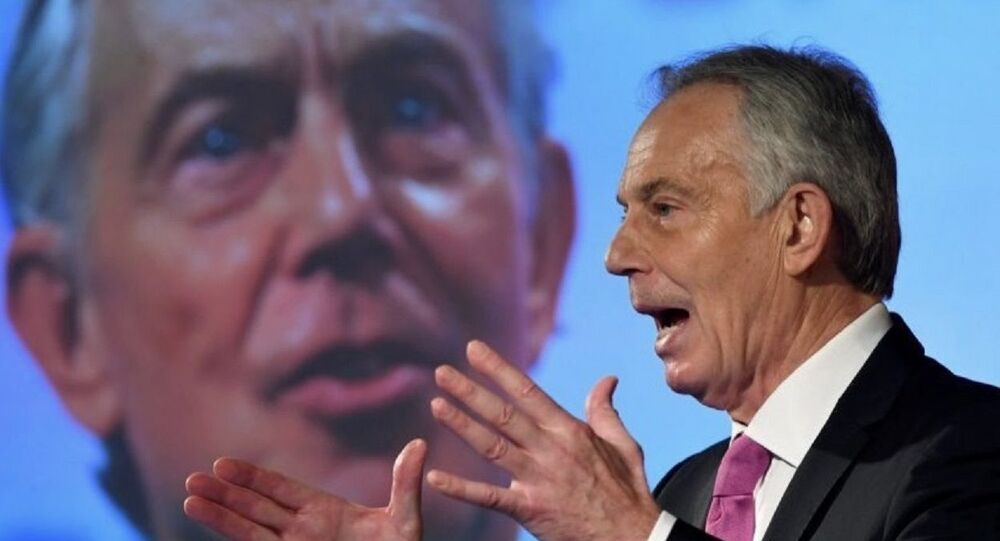 General Charles de Gaulle returned to power in the 1958 military coup d'etat that overthrew the French Fourth Republic, but resigned 11 years later after a series of assassination attempts, mass strikes and protests. Blair was forced out in 2007 after squandering his popularity on following the US into the Afghan and Iraq wars.

Former British prime minister Tony Blair is allegedly planning a return to politics like that of late French president Charles de Gaulle — on the back of the COVID-19 crisis.

The Sunday Times newspaper reported that Blair has been secretly advising current PM Boris Johnson's Health Minister Matt Hancock on his approach to the coronavirus pandemic.

Hancock refused to deny the report, saying only: "I talk to all sorts of people and we take ideas from lots of sources."

Last month Blair called for delaying booster shots of COVID-19 vaccines until all high-risk individuals had been given a first dose, on the basis that more would then have at least partial immunity — an idea which has since been adopted as government policy.

One source, described a a personal friend of Blair's, told the newspaper Blair wanted to make a comeback in the style of General de Gaulle — who was installed in a military coup d'etat in 1958.

The source said that after more than a decade of raking in money from speaking engagements, the former PM has "no shortage of that now, and wants to re-establish his reputation".

Blair is reported to charge up to £330,000 for appearances at public events since his resignation as PM in June 2007, making him one of the world's most highly-paid after-dinner speakers.

Even Nigel Farage, leader of the Reform Party — formerly the Brexit Party — called for arch-Remainer Blair to be put in charge of the UK's coronavirus vaccination programme early this week.

"Tony believes deeply, as do many of the people around him, that he left office at the peak of his powers," his un-named friend said. "He got better at governing as time went on. Ten years later, he is definitely animated by a burning feeling that the British governance is inadequate. He feels that he has the drive and ideas to change that."

The former Labour Party leader won three elections between 1997 and 2005. But his popularity drained away after he took the UK into the Afghan and Iraq wars, drawing criticisms that he was US president George W Bush's "poodle".

Blaire's successor, his chancellor of the exchequer Gordon Brown, missed the chance to call a snap election following his move from 11 Downing Street to Number 10 and found himself mired in the Credit Crunch banking crisis the following year. Brown lost the 2010 election to Conservative David Cameron, who formed a coalition government with the Liberal Democrats.

Anatomy of a Dictatorship

General de Gaulle led the Free French forces in exile during the Second World War from June 1940 to June 1944, after which he served as chairman of the provisional government in France from 1944 to 1946.

He came to power at the age of 67 — coincidentally Blair's age now — in the 1958 military coup that overthrew the French Fourth Republic over moves to cede independence to Algeria. When challenged by a journalist over restrictions on civil liberties, he retorted: "Who honestly believes that, at age 67, I would start a career as a dictator?"

© AFP 2020 / JONATHAN BRADY
Live Updates: UK's Queen Elizabeth and Her Husband Vaccinated Against COVID, Buckingham Palace Says
But elements in the armed forces turned against the retired military leader when he finally admitted defeat to the Algerian National Liberation Front (FLN) in 1962, and they made several attempts to assasinate him — as fictionalised in the Fredrick Forsyth's 1971 novel The Day of the Jackal.

De Gaulle pulled France out of NATO — the Cold War-era military alliance revered by Blair — but lost popularity during the May 1968 wave of mass strikes and protests. Despite the Gaullist UDR party winning a landslide in the 1968 election, he resigned the presidency in 1969 and died the next year.