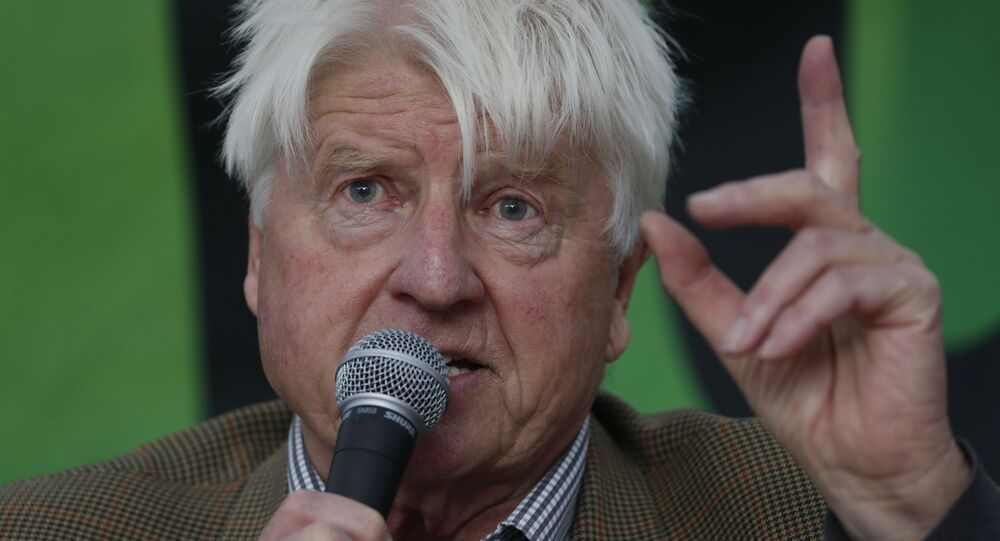 Boris' father was also criticised for having already had a coronavirus jab while more vulnerable people wait, and applying for a French passport, despite the fact his son is largely responsible for Brexit.

Stanley Johnson, father of UK Prime Minister Boris Johnson, has been bashed online for comparing his son to Winston Churchill.

'Are you pleased with how your son is doing?'@StanleyPJohnson says his son Boris reminds him of Winston Churchill and is coming through this 'in fine style'.

​Former UK Home Secretary Jacqui Smith, however, who was also a guest on the show, wasn't impressed by Boris' dad, particularly with his decision to apply for a French passport. She lamented how, due to his son, Britons without European passports will no longer be able to enjoy "free movement across Europe."

And things didn't get any better for Stanley, as social media users took aim at the fact he's already had the coronavirus vaccine while more vulnerable people are still waiting.

Well done @Jacqui_Smith1 for your robust reply to this. It was hard to sit through and listen to that.

I’m also unimpressed that Stanley gets his booster after 21 days and others are being told 12 weeks - where evidence is growing that this delay will be detrimental.

My 90 year old father still hasn’t been called for his first!

How come nhs staff now have to wait for a second vaccination at 12 weeks which is not tested? Stanley Johnson still getting his after 3 weeks??????

​Some also joked about which Churchill Stanley was talking about, apparently referring to a dog featured in certain insurance TV commercials.

He meant Churchill the dog