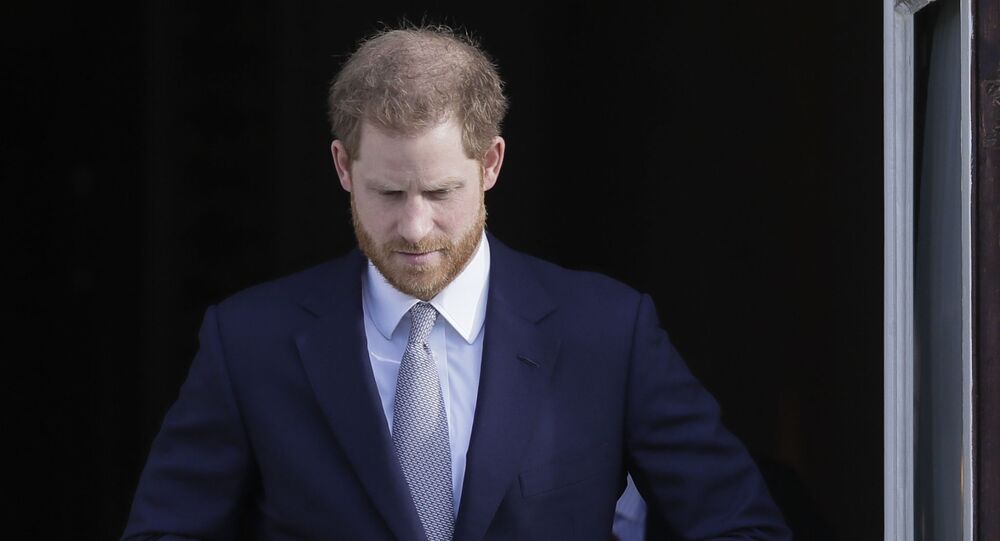 A year ago, the Duke and Duchess of Sussex announced that they would now live a “financially independent” life unbothered by senior royal duties and swiftly moved to Meghan Markle’s native LA via Canada. Despite the decision, Prince Harry still remains sixth in line to the British throne.

A poll conducted by Express.co.uk found that 96 percent of those responding - ie, more than 6,000 people - thought it would be right for Queen Elizabeth’s grandson Prince Harry to be removed from the royal line of succession and become a commoner.

Only four percent of those who took part in the online survey - carried out on 7 January - thought that the 36-year-old Duke should retain his position despite moving to the United States with wife Meghan Markle and son Archie in March.

Some people argued in a commentary section that his small family caused “so much embarrassment” for the UK in the past 12 months that the British parliament should act swiftly and deprive him of the chance ever to ascend the throne.

"The sooner Boris Johnson gets this done the better,” one person wrote.

The 1701 Act of Settlement established that the UK Parliament can regulate the royal succession to the throne and alter it with legislation should Boris Johnson’s government ever propose such a thing.

But, with a 38-year-old brother, Prince William the Duke of Cambridge, two nephews, Princes George and Louis, and a niece Princess Charlotte, all in front of him and in perfectly good health, it’s already unlikely that Prince Harry would ever become king so the proposed move would be entirely symbolic.

According to the original act, Prince Louis would have been above his older sister Princess Charlotte in the line of succession. However, this has been altered by the Succession to the Crown Act (2013), which has changed the rule to those born after 28 October 2011. So at present the five-year-old princess is fourth in line to the throne.

When Queen Elizabeth dies or if she were to abdicate, her son Prince Charles the Prince of Wales will automatically become Britain’s next monarch. As heir apparent, he has been preparing for the job of king since he was three years old (he is now 72)- ever since his grandfather George VI died in February 1952 and his 25-year-old mother became Queen. Many, however, think he won’t want to keep the position for long, after a number of marriage-related scandals that have dogged him through his life and it is been rumoured that he intends to step back from the role of monarch to make way for Prince William.

Meanwhile, Prince Harry and his wife Meghan Markle have been enjoying their “financially independent” life in the United States, while striking some potentially lucrative deals with Spotify and Netflix to produce “unique” family content. Their contracts with streaming giants have reportedly left many at Buckingham Palace quite concerned.