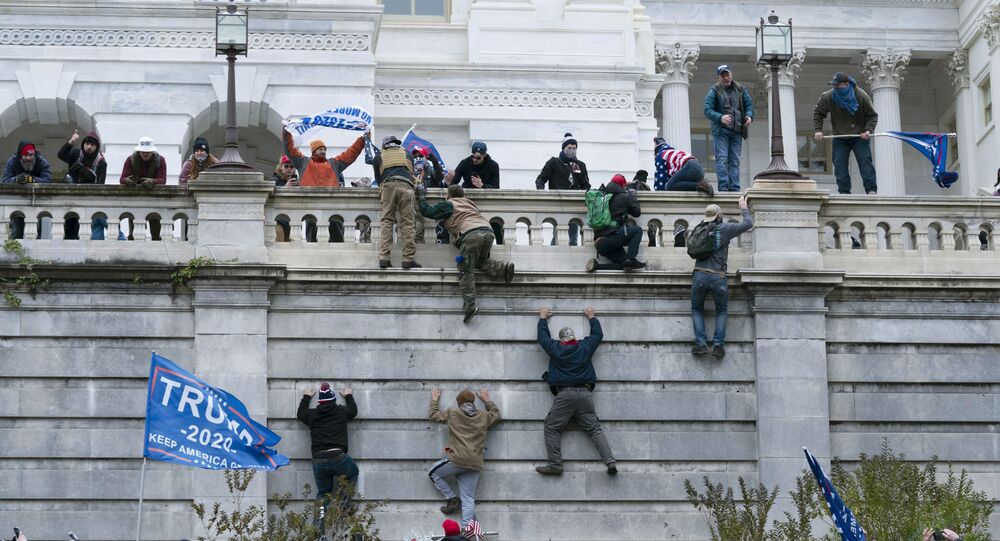 Thousands of US President Donald Trump's supporters stormed the US Capitol on Wednesday, shocking much of the nation and leadership abroad. The riots were no doubt emboldened by Trump's remarks that his second term was stolen through widespread voter fraud, claims that have no supporting evidence.

UK Prime Minister Boris Johnson on Thursday condemned the events that unfolded in Washington, DC, stating that Trump's comments since the US election, which the president reiterated during the "Stop the Steal" rally, only helped to encourage rioters' behavior.

"As far as he encouraged people to storm the Capitol and so far as the president has consistently cast doubt on the free and fair election, I think that what the president has been saying about that is completely wrong," Johnson said.

The prime minster added that he was "very pleased" that US President-elect Joe Biden was confirmed by congressional lawmakers despite the day's earlier developments.

"Democracy has prevailed," he said.

Johnson's latest remarks reiterate the condemnation he voiced moments after news emerged of Trump supporters storming the Capitol. The official previously stressed that the events were "disgraceful," and that it was "vital that there should be a peaceful and orderly transfer of power."

Wednesday's mob attack on the US Capitol resulted in the death of at least four Trump supporters, including a woman who was shot inside the federal building. Initial arrest figures indicated that at least 13 arrests were made; however, the latest counts suggest nearly 70 suspected rioters have since been arrested.

Although the rioters managed to temporarily halt the certification of the Electoral College results, lawmakers managed to successfully confirm the recount early Thursday.

At present, Trump has yet to condemn the actions taken by his supporters. Frustrated lawmakers, including Senate Minority Leader Chuck Schumer (D-NY), have called for Trump to be removed from office by invoking the 25th Amendment.

Trump Special Envoy Mulvaney Says Resigned After Storming of US Capitol, Others May Follow

From Burning by British to Pro-Trump Riots: Key Moments When US Capitol Building Was in Peril