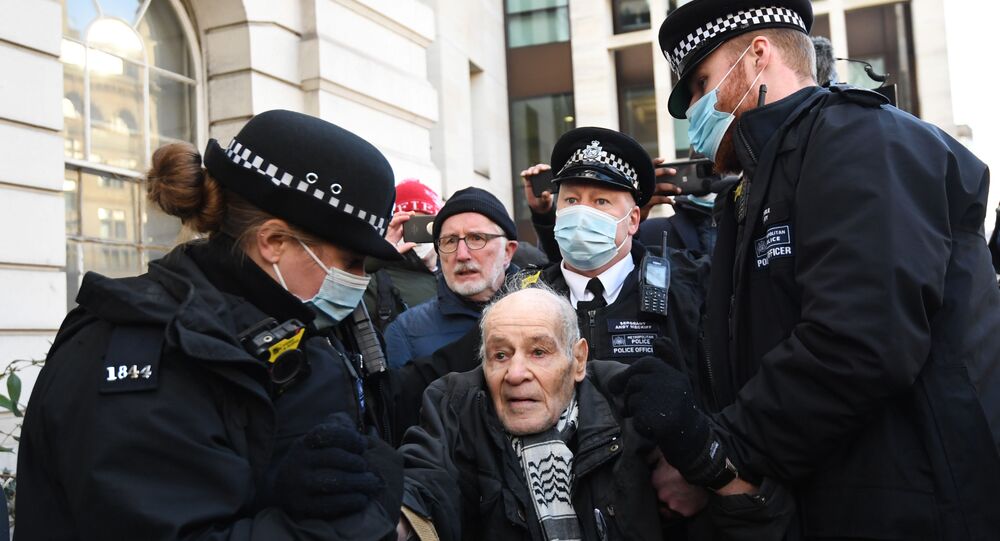 The police arrested several supporters of Assange who did not have press IDs and refused to disperse as the city is currently under a lockdown and public gatherings prohibited. Among the detained are several women and an elderly man.

Journalists with proper identifications were allowed to continue their work.

Earlier in the day, Westminster Magistrates Court refused to release Assange on bail, leaving him incarcerated while a US appeal against the decision not to extradite him to the United States is considered.

Assange was arrested in London in April 2019 and sentenced to 50 weeks in prison for jumping his bail back in 2012, when he took refuge inside the Ecuadorian embassy in the UK capital to avoid extradition to Sweden, where he faced sexual assault charges and possible extradition to the United States.

The WikiLeaks founder is indicted by the US Department of Justice on 18 charges, mostly regarding violations under the Espionage Act. On Monday, UK district judge Vanessa Baraitser ruled against the journalist's extradition, citing health reasons and suicide risks.