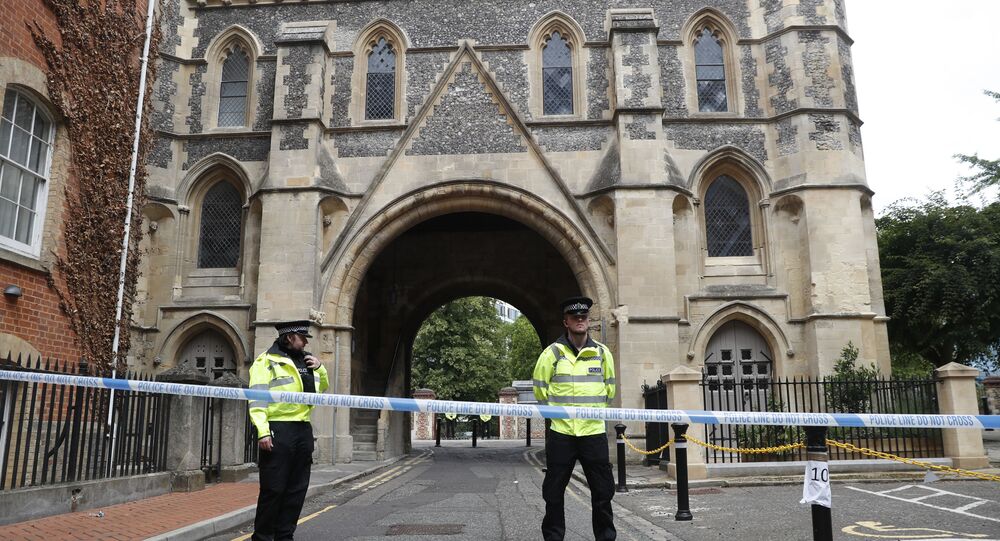 In June 2020 three men were stabbed to death on a sunny summer’s day in Reading, a town 50 miles west of London. The attacker, Khairi Saadallah, has admitted murdering the men but a hearing is under way to determine what sentence he should receive.

A Libyan national who stabbed three men to death in a park in England last summer had taken part in the country’s civil war but was granted refugee status in 2018, a court has been told.

Khairi Saadallah, 26, stabbed to death three totally innocent men - US citizen Joseph Ritchie-Bennett, 39, history teacher James Furlong, 36, and scientist David Wails, 49, as they sunbathed in Forbury Gardens in the centre of Reading one day in June 2020.

The Reading park terror Khairi Saadallah attacker hid his militia past from UK authorities in a failed asylum bid in 2012, and managed to remain in the country for years before carrying the murders last June.

​Saadallah has admitted murder but on Tuesday, 5 January, a Newton hearing began at the Old Bailey in London.

Alison Morgan QC, prosecuting, told the court Saadallah was motivated by a belief in a “religious jihad” and had intended to "kill as many people as he could" in the name of that Islamist cause.

​Saadallah has admitted three counts of murder and one of attempted murder but denies the killings were motivated by any religious or ideological cause.

He will be sentenced at the end of the hearing, on 11 January, by Mr Justice Sweeney.

Reading stabbings: Man motivated by 'religious jihad': A hearing will decide whether Khairi Saadallah was motivated by a religious or ideological cause.

​The court heard Saadallah arrived in Britain in 2012 and was originally refused asylum after it emerged he had been involved in militias fighting against Libyan leader Muammar Gaddafi during the Arab Spring.

But he appealed against deportation and was allowed to stay in Britain. The court heard he was convicted of various offences between 2013 and the killings in June 2020.

A Newton hearing is taking place to determine whether Saadallah was motivated by a religious or ideological cause. The prosecution claims he intended to 'kill as many people as he could' in the name of jihad.

​The court was told Saadallah associated with radical preacher Omar Brooks from the banned terror group Al-Muhajiroun, while in Bullingdon prison.

He was released from Bullingdon prison only days before the attack but his deportation was reportedly delayed by the confused situation in Libya.

A probation officer who had been in touch with Saadallah shortly before the attack warned his superior about the Libyan’s mental health but, after the killings, a psychiatrist who examined him said the attack was "unrelated to the effects of either mental disorder or substance misuse."

Ms Morgan said: "In less than a minute, shouting Allahu Akhbar the defendant carried out a lethal attack with a knife, killing all three men before they had a chance to respond and try to defend themselves.”

She said he then attacked others, causing Stephen Young, Patrick Edwards and Nishit Nisudan “significant injuries."

Ms Morgan said: "He believed that in killing as many people as possible that day he was performing an act of religious jihad."