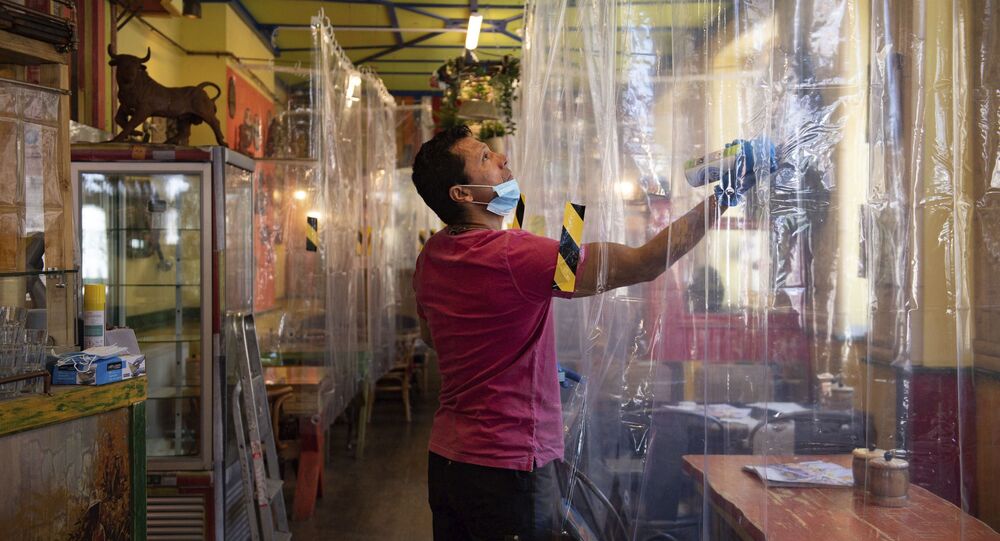 MOSCOW (Sputnik) - The United Kingdom's Treasury announced on Tuesday earmarking 4.6 billion pounds ($6.2 billion) in grants for businesses to cushion the blow from the new lockdown.

On Monday, UK Prime Minister Boris Johnson locked down England due to the surge in COVID-19 cases that was caused by the virus' mutation. Scotland also declared a temporary lockdown, while Wales and Northern Ireland are under the highest level of restrictions, practically equivalent to a lockdown.

"This follows the Prime Minister’s announcement last night that these business will be closed until at least February half-term in order to help control the virus, and, together with the wide range of existing support, provides them with certainty through the Spring period," the Treasury said in a press release.

Grants up to 9,000 pounds will be available to retail, hospitality and leisure businesses in all parts of the country that will have to shut down during the lockdown — according to the press release, they count at least 600,000, which anchors the financial support package at 4 billion pounds.

A separate fund of 594 million pounds was earmarked for all other affected businesses and an additional 1.1 billion discretionary grant funding for local authorities to be invested in local support grants of up to 3,000 pounds per month, according to the press release.

"This will help businesses to get through the months ahead – and crucially it will help sustain jobs, so workers can be ready to return when they are able to reopen," UK Chancellor Rishi Sunak was quoted as saying.

While the press release names mid-February as the tentative time the lockdown would be lifted, UK Cabinet minister Michael Gove said earlier on Tuesday that the restrictions would stay in place at least until March. This is the third lockdown for England.