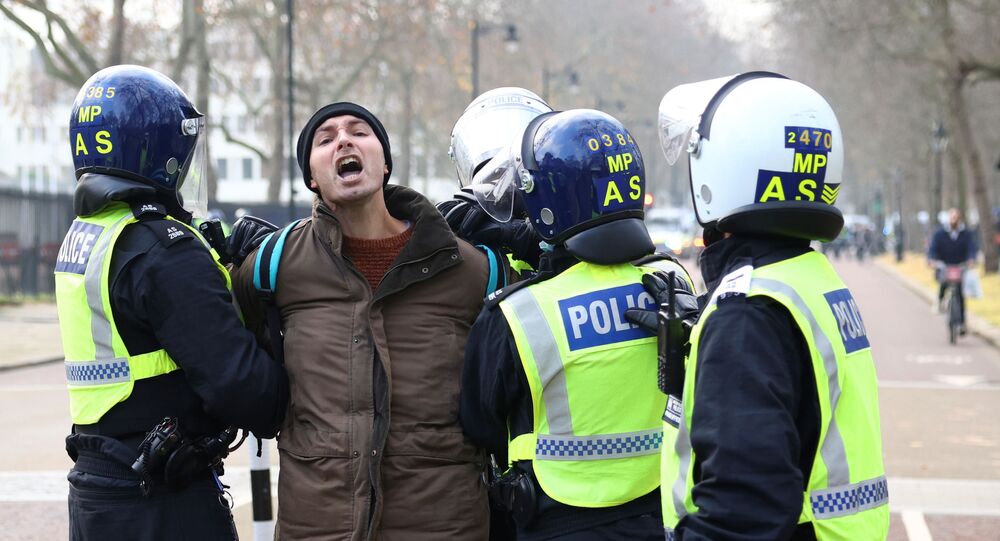 An adverse reaction followed the government announcement of a record number of applications received by police recruitment in the UK.

UK Home Secretary Priti Patel was “pleased to confirm” on her Twitter page on Tuesday that around 107,000 people have now applied to be police officers. The number of available spots is, however, much smaller, only 20,000 vacancies.

​School leavers, graduates, and career changers have reportedly been targeted in a recruitment campaign that has secured over £400 million in the 2021-2022 funding package.

The announcement has been met with mixed sentiment online, where commentators have expressed doubt the new recruits would be competent enough.

​Others suggested that the high number of applications is linked with the rising unemployment due to the impact of the COVID-19 restrictions on various business sectors.

​Back in October, Chancellor Rishi Sunak suggested that people in some professions, such as arts, may need to “adjust to the new reality”, where some industries are heavily affected by the pandemic.

"I can't pretend that everyone can do exactly the same job that they were doing at the beginning of this crisis”, Sunak said.

The newly announced funding for the police in the UK will also “enable policing to tackle serious violence and increase the number of specialist officers tackling terrorism and serious organised crime, including child sexual abuse and drug trafficking”.

Patel said that she was committed to providing the police with the resources they need.

"It will allow us to continue to put more police on the streets, and reduce crime as we build back safer from the pandemic”, she added.

According to a statement, the government recognises the huge demands placed on the police during the COVID-19 pandemic and therefore plans to provide additional support.

Included is £30 million of surge funding to help forces step up COVID-19 enforcement activities in 2020 to 2021, as well as reimbursement for all additional personal protective equipment (PPE) purchased between March and July.