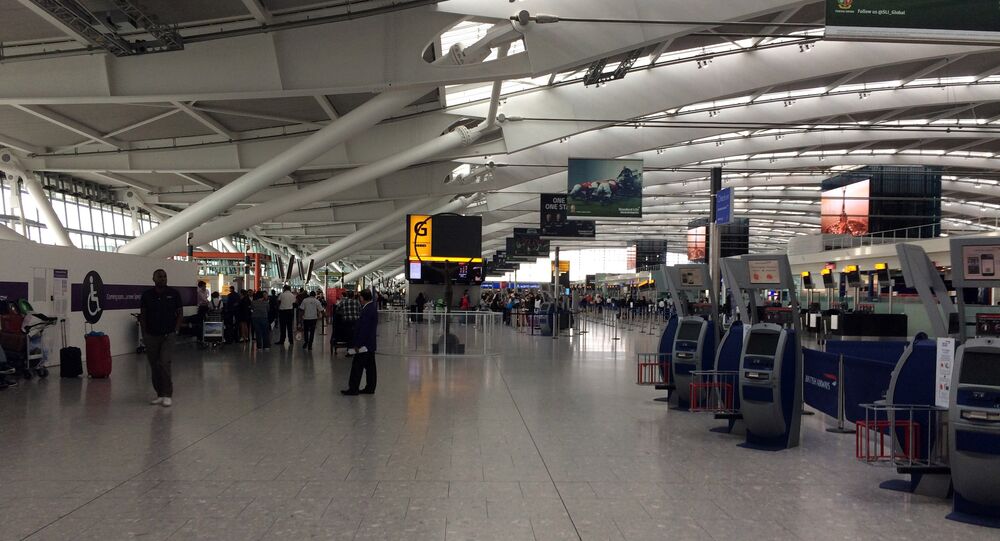 British Airways and Iberia staff said they couldn't let at a number of Brits board a Madrid-bound plane, reportedly arguing when shown the UK and Spanish government guidelines that it  "was not the advice they had received".

A number of UK expats hoping to return to their homes in Spain after New Year's celebrations have complained about having been stopped from boarding their flight at Heathrow reportedly on the grounds that their residency documents were no longer valid post-Brexit, Sky News reported.

Despite Spanish and British authorities having asserted that a green-coloured certificate of EU citizenship featuring a Spain-issued national identification number still applies for British citizens living in Spain, staff from two airlines – British Airways and Iberia – reportedly declined to allow a number of people to travel to Spain.

Patricia Moody, 69, was among seven British residents of Spain unable to board a Madrid-bound BA/Iberia flight from Heathrow on Saturday.

"Absolutely gutted. Gutted. Because my husband's not well. Yeah, it's spoilt it all", she complained.

"We're going home. Spain is home. We class it as home. And my husband is in urgent need of medical care, which we're running out of tablets, so we need to be home", Moody, who has been calling the town of Zurgena in Almeria her home for almost four years, fumed.

She told Sky News that she and her husband had spent £1,900 on the virus test, their subsequent trip to the airport, and new tickets after staff refused to allow them to board their first flight. However, even a later attempt to board a home-bound flight didn't yield any results.

Another person tweeted, as per the Express, that a different passenger was turned away on similar grounds, adding:

"When we showed staff the UK and Spanish government guidelines, allowing the green card, BA said that was not the advice they had received", the person reportedly said.

The news came as Spain banned all travel from the UK except for its nationals and British citizens with proven residency rights, amid warnings that a new mutated COVID-19 type has been spreading across Britain. Separately, Spain has been in the process of introducing a new system called TIE that would register and monitor permanent foreign residents, including from the UK

But as there has been a backlog due heavy pressure put on the system, the Spanish Ministry of Foreign Affairs ruled the "green certificate" would still be in place until 19 January, despite the Brexit transition period having expired.

British Airways and Iberia, both part of the IAG group, did not immediately respond to questions from the media.

British nationals already settled in Europe have the right to remain there, although restrictions apply to their travel to other EU countries.

EU citizens in the UK before 31 December are entitled to stay but campaigners warn they have only six months to make sure they are granted settled status or pre-settled status by the Home Office.

Those coming to Britain for the first time after 1 January will have to go through a new points-based system requiring a minimum salary of £25,600 for skilled workers and £20,480 for those with job offers in a shortage occupation or in possession of a relevant PhD.

British nationals travelling to Europe on holiday will be able to do so visa-free for 90 days in a 180-day period but will lose the previously automatic right to live and work in an EU country.