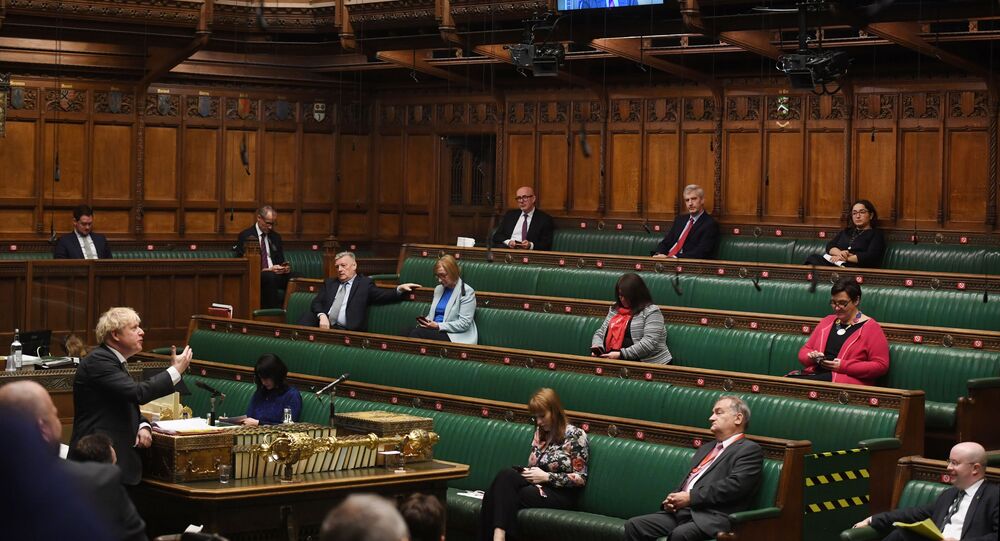 British Prime Minister Boris Johnson has written a biography of Winston Churchill, his political hero. But unlike Churchill, Johnson’s biggest challenge has not come from a Nazi warmonger but from opponents of Brexit and then a pandemic.

British Prime Minister Boris Johnson has signed a trade deal with the EU after the vote in the House of Commons.

"Have I read it? The answer is yes," Johnson remarked.

​MPs have voted 521-73 in favour of the post-Brexit trade deal which Mr Johnson negotiated.

The only MPs to vote against it were the Liberal Democrats and the Scottish Nationalists. A handful of Remainers in the Labour Party abstained.

The Prime Minister told a specially convened sitting of Parliament that Britain should work "hand in glove" with the EU while retaining her own sovereignty.

He said: "Brexit is not an end but a beginning. The responsibility now rests with all of us to make the best use of the powers that we regain, the tools that we've taken back into our hands."

​His speech had echoes of one made by his hero, wartime prime minister Winston Churchill who famously said after the second battle of El Alamein in 1942: “Now this is not the end. It is not even the beginning of the end. But it is, perhaps, the end of the beginning.”

Labour leader Sir Keir Starmer ordered his MPs to vote for the deal but Tonia Antoniazzi, a Welsh Labour MP, tweeted that she would be abstaining and had therefore resigned as a Parliamentary Private Secretary. It is the second time Antoniazzi - whose father is of Italian origin - has resigned over Brexit.

​The trade deal was finally agreed on Christmas Eve after months of tortuous negotiations, and on Wednesday, 30 December, the British government is hoping to sign the deal with the EU.

​But after the MPs vote, the bill will have to be approved by the House of Lords and may not become law until around midnight.

It will mean more than US$1 trillion of trade between the UK and the EU can continue without the need for tariffs.

Conservative MP Bill Cash welcomed the deal and said Johnson had rescued Britain's democracy from four decades of "subjugation" to the EU.

​He added: "Like Alexander the Great, Boris has cut the Gordian knot."

In an interview with the BBC, Johnson said Britain's critics had claimed "you couldn't have free trade with the EU unless you conformed with the EU's laws... that that was having your cake and eating it," and he added: "That has turned out not to be true. I want you to see that this is a cakeist treaty."

But the deal has fallen short of satisfying several MPs.

Sir Ed Davey, leader of the Liberal Democrats, said the deal would "undermine our children's future" and the SNP's leader in the House of Commons, Ian Blackford, said Scotland's fishing industry had been "betrayed".