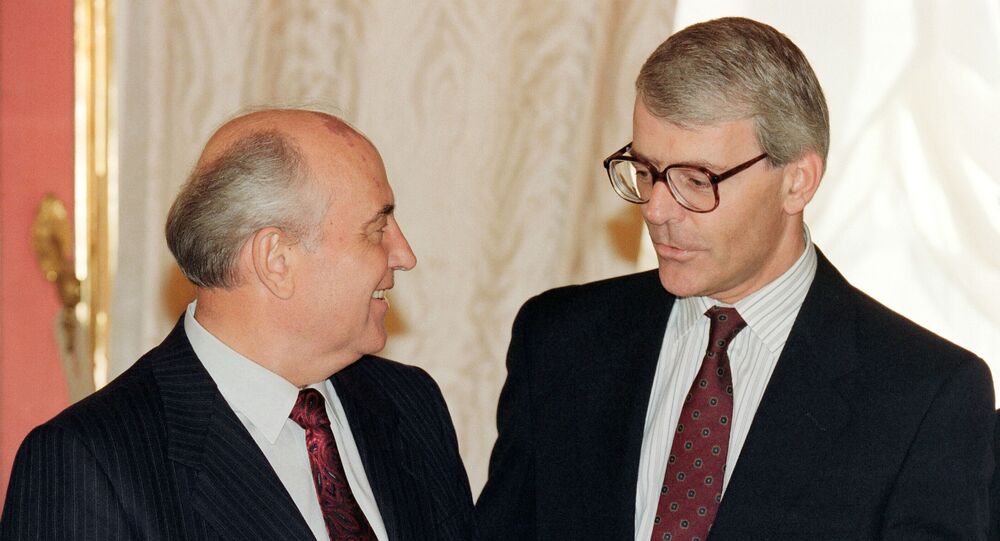 The European Union issue brought down David Cameron and Theresa May and Boris Johnson has only just extricated himself from the Brexit mire after negotiating a trade deal on 24 December.

Documents just released by the National Archives give an insight into how the then Prime Minister John Major fought off a challenge from John Redwood in the summer of 1995.

Major was forced to call a leadership election after his policies were consistently undermined by the Eurosceptic wing of the Conservative Party.

The EU has just had four and half more years of over fishing our seas. That’s a long transition. Time to take back control.

​In 1990 Major had replaced Margaret Thatcher as the party’s leader and prime minister and two years later he defeated Labour, under Neil Kinnock, in a general election.

But by the summer of 1993 Major - like David Cameron and Theresa May a quarter of a century later - was engaged in a bitter feud with the Eurosceptics, who bitterly opposed his decision to sign the Maastricht Treaty, which spurred further EU integration.

No one voted for this? Brexit has destroyed the UK.

The UK must & needs to rejoin the EU.

Sir John Major & Mr Tony Blair, as architects of the Northern Ireland Peace Process, must return to fix it.

​In July 1993 Major was inadvertently recorded describing three members of his own cabinet as "bastards" for their efforts to undermine him.

As we stand on the cusp of not having our cake or eating it, sensible words from John Major. pic.twitter.com/1S34u9TYZY

​In the papers which have been released by the National Archives, Major’s advisers dissect the challenger’s policies under the heading “Redwood proposals” and say he is “just surfing on PM’s ideas.”

Redwood was dubbed The Vulcan because he bore a passing resemblance to Spock from Star Trek and, like him, was seen as being incapable of showing emotions or empathy.

In his leadership challenge Redwood had said: “It is ‘time to deliver’ on low taxation.”

They then go on to dissect his achievements, or lack of them, in Wales.

Redwood had said he wanted to cut government spending and waste but Major’s team pointed out he had only cut 79 civil service jobs in Wales since 1993.

Redwood also said he wanted less quangos (quasi-autonomous non-governmental organisations) but Major’s team wrote sarcastically: “Which quangos? 64 quangos in Wales. What did he do?”

When next you see John Major on the tele , arch traitor , Thatcher back stabber , signatory to the Maastricht Treaty , devaluer of the £ sterling , crawler to the House of Windsor , Knight of the Gutter , just remember how he cheated on his lovely wife Mary , with the Currie.

​The Major team then discuss how to challenge Redwood’s claim that he wants a change in government policy.

They wrote: “How could he stay in cabinet so long? His policies not so very different. So what’s his beef?”

When Redwood said he had not ruled out a general election if he became leader of the party, Major’s team wrote: “Playing into hands of Tony Blair.” 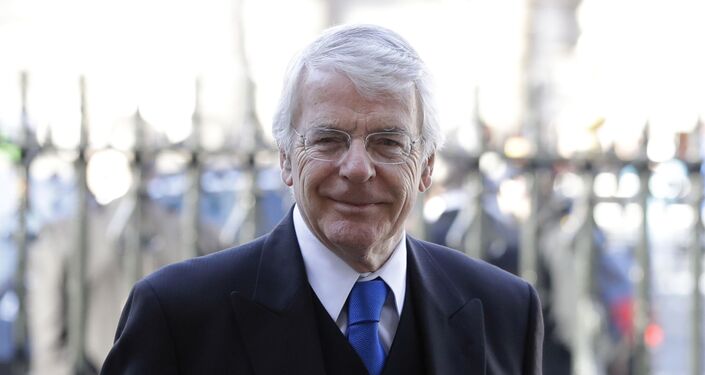 Blair had been elected leader of the Labour Party in 1994 and was to lead them to a landslide General Election victory in 1997.

Redwood was sacked from the Cabinet and returned to the backbenches. Now 69, he is still a Tory MP and was at the forefront of the campaign for a hard Brexit.

The National Archives files also reveal the messages of congratulations Major received from world leaders after his position as prime minister was confirmed.

In the mid 90s a time where President Masoud Barzani was proclaimed a state enemy by Turkish PM Tansu Ciller, the PKK was racking havoc in the Badinan mountains and villages. One didn’t dare to drive from Dohuk via Atrosh even at daylight at times. IEDs, kidnappings, villages ...

Stagg wrote: "Passage of the reform is quite an achievement for Mrs Çiller at the end of some determined arm-twisting in the Turkish parliament."

He added: "But it is almost certainly not the only step which the Turks will need to take to take to convince enough MEPs to vote for customs union (between the EU and Turkey). We need to encourage the Turks to sustain the momentum."

There were also letters of congratulations from Philippe Séguin, the neo-Gaullist President of France’s National Assembly, the Secretary General of the Arab League and the President of Azerbaijan, Heidar Aliyev.

Aliyev, who was Azerbaijan’s President between 1993 and 2003, was succeeded by his son Ilham, who led them to victory over Armenia in the recent Nagorno-Karabakh conflict.

Major, who was knighted in 2005, but in November this year he said Britain was "no longer a great power" and would "never be so again."