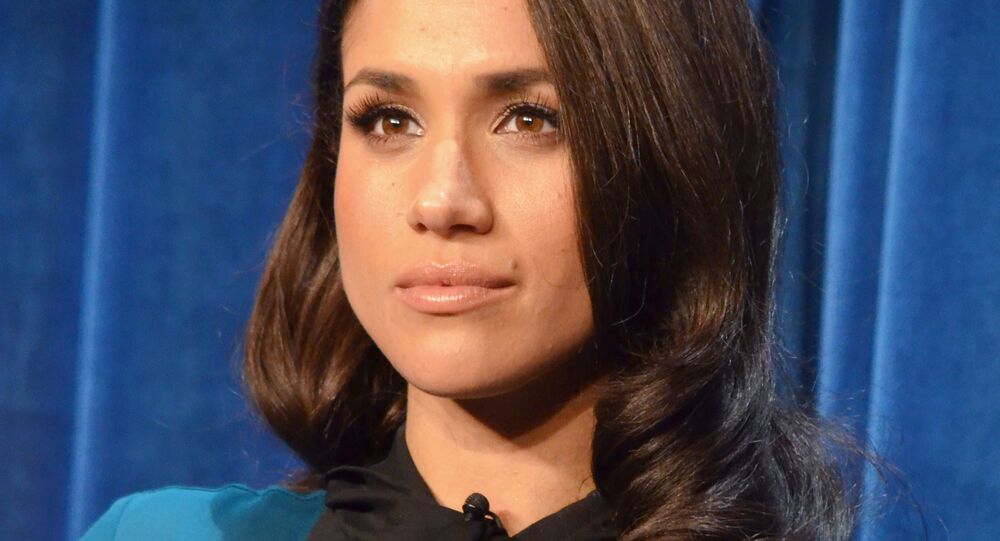 Markle has been accused several times this year of breaching protocol that requires the royal family to remain neutral on political matters. Earlier this year, the Duchess called on US citizens to vote in the 2020 presidential election in order to "make a change." She also reportedly cast a ballot herself – a move unprecedented for UK royals.

The Duchess of Sussex once harboured – and possibly still harbours – an ambition to become US president, a new biography – titled Meghan Misunderstood by Sean Smith – claims.

According to Smith, Markle voiced her dream when she was a student at the Catholic Immaculate Heart High School in Los Angeles.

"Meghan was aiming big, declaring that she was going to be president one day," the biographer wrote.

The duchess appeared to confirm the claim in a 2015 interview with Piers Morgan, telling him that as a child she wished to either become a news broadcaster, or hold court in the Oval Office.

© AP Photo / Simon Dawson
Did Meghan Markle Vote in the US Election in a Breach of Royal Protocol?

Vanity Fair, in turn, cited an anonymous friend of Markle's, who said that one of the reasons the duchess is keeping her US citizenship is so she can enter US politics and possibly even run for president if she and Harry "ever gave up their titles."

Moreover, the Duchess' comments on the US election prompted bookies to assess her chances as a presidential candidate in the 2024 vote. According to some bookmakers, her odds stand at 100 to 1.

Markle and her husband Harry announced earlier this year that they would be stepping down from their royal duties – which the media dubbed as "Megxit" – and currently split their time between the UK and US.

In August, Markle addressed the US public in a virtual conference, calling on American citizens to cast ballots in the presidential election, in a break with the UK protocols under which British royals are expected to refrain from expressing opinions on political matters.