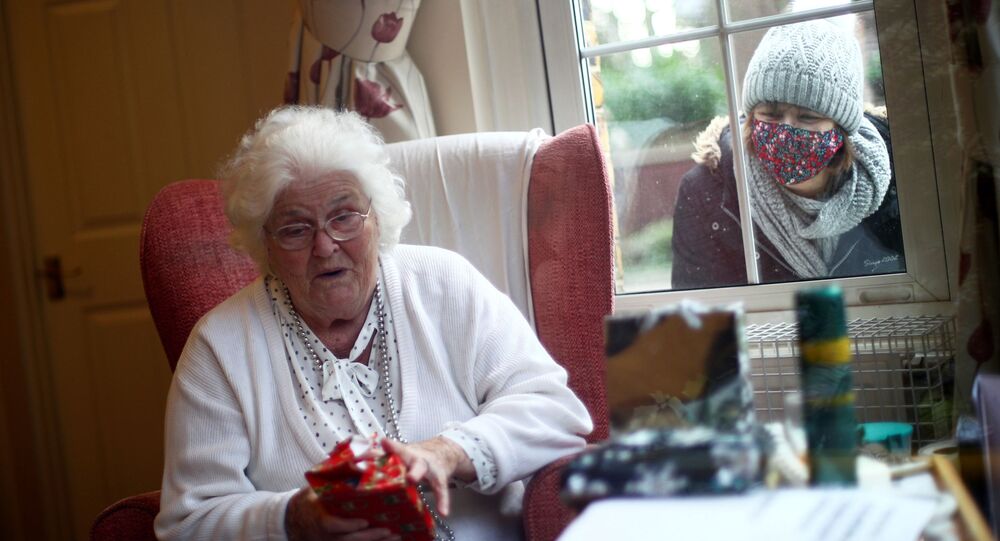 The UK has been struggling with the COVID-19 pandemic from the start, but while the nation has begun to roll out a vaccine to stop the spread of the disease, scientists have identified a mutated virus strain that is 70 percent more transmissible than the original, prompting the British to look for more effective ways of curing the infected.

British scientists are probing a new antibody treatment that could potentially give people "instant immunity" after being exposed to the novel coronavirus, The Guardian reported Friday.

According to the report, this drug would offer immediate long-term protection to patients when it would be too late for a vaccine, potentially saving their lives. It could also be used as an emergency treatment to help reduce the virus spread.

"We know that this antibody combination can neutralise the virus, so we hope to find that giving this treatment via injection can lead to immediate protection against the development of Covid-19 in people who have been exposed - when it would be too late to offer a vaccine", said Dr. Catherine Houlihan, a virologist at University College London Hospitals NHS trust (UCLH) who is leading a study called Storm Chaser into the drug.

At least ten people have already been injected with the new antibody cocktail, called AZD7442, with the trial participants receiving two consecutive doses of the drug. The researchers hope the treatment will provide protection from COVID-19 for between six months to a year.

Also, UCLH scientists have begun a second clinical test called Provent to explore the use of the antibody combination for patients with compromised immune systems, or those at increased risk of contracting the infection, such as the elderly. The key groups of this trial include healthcare workers, care home residents, and students living in dormitories.

The drug was created by UCLH and pharmaceutical company AstraZeneca. The latter has developed its own vaccine in cooperation with Oxford University that the Medicines and Healthcare products Regulatory Agency is reportedly expected to be approved for use in the UK next week.

"The advantage of this medicine is that it gives you immediate antibodies,” Houlihan said. “We could say to trial participants who have been exposed: yes, you can have the vaccine. But we wouldn’t be telling them that would protect them from the disease, because it’s too late by then [because the Pfizer and Oxford vaccines do not confer full immunity for around a month]", Houlihan added.

Paul Hunter, an expert in infectious diseases and medicine professor at the University of East Anglia, said the new treatment could save thousands of lives.

"If you are dealing with outbreaks in settings such as care homes, or if you have got patients who are particularly at risk of getting severe Covid, such as the elderly, then this could well save a lot of lives. Providing it's borne out in phase 3 trials, it could play a big role in keeping alive people who would otherwise die. So it should be a big thing", he said.

The news of a potential "miracle" drug comes after a new strain of coronavirus was detected in the UK. The new variant of coronavirus prompted UK Prime Miniter Boris Johnson to announce another lockdown for the southern part of England, ruining the Christmas plans of many people.

UK health officials fear that this new variant has come prevalent throughout the UK. The new strain is believed to make up 50 percent of infections nationwide.