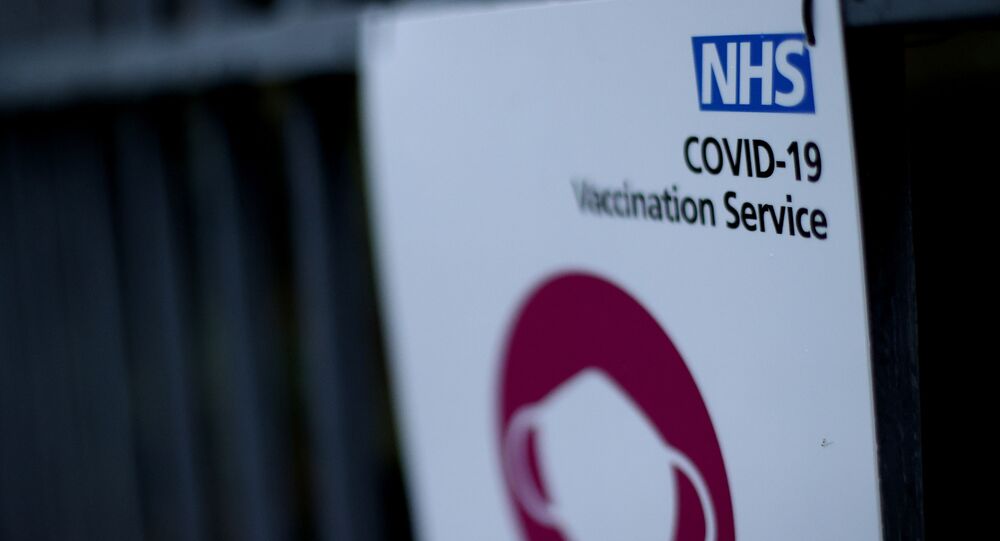 With just slightly over a week before the Brexit transition period is slated to end, a EU-UK trade agreement is still not on the table. Both sides now signal that the prospects of no-deal scenario remain extremely likely, but according to EU diplomatic sources, Brussels was still ready to continue talks with London even beyond 31 December.

The UK's National Health Service chiefs have urged British Prime Minister Boris Johnson to extend the Brexit transition period for another month, citing concerns that a non-deal departure from the European Union could create additional strains on the system that has already been hard hit by COVID-19 crisis.

“The NHS might not be perceived to be on the Brexit negotiating table, but the disruption shockwaves from a no-deal outcome could push the NHS’s ability to function over the edge,” the health service’s leaders wrote in a NHS Confederation letter cited by The Guardian.

The chiefs have argued that Britain was just “days away from the cliff edge” and that extending the departure deadline beyond 31 December would buy “the NHS a precious few extra weeks ... enabling the UK to leave the EU after a one-year transition period.”

The health service would thus be taken out of “the immediate danger zone”, the letter suggested, by effectively allowing the NHS “to continue to focus on fighting the pandemic without having to contend with disruptive changes brought about by a no-deal outcome”.

© REUTERS / POOL
Britain's Prime Minister Boris Johnson speaks during a virtual news conference, after chairing a COBRA meeting, which was called in response to increased travel restrictions amid the coronavirus disease (COVID-19) pandemic, at 10 Downing Street, in London, Britain, December 21, 2020

The UK recorded over 36,000 positive coronavirus cases on Tuesday – about double the daily figure a week ago. While mass COVID vaccination had begun in the country in early December, the UK health authorities reported last week that a new strain of coronavirus had been earlier detected in some parts of England and later around Great Britain. Nothing has suggested so far that the mutated strain is not susceptible to the COVID vaccine but it is believed to be spreading much more rapidly.

According to NHS Confederation chief executive Danny Mortimer, it was now expected that “patients in hospital with Covid-19 will breach the peak of the first wave”, in the next few days.

“The virus has found another gear and will leave the NHS in its wake, so we support the actions the government has taken to protect the NHS. But a similarly tough stance is needed in the event of a no-deal outcome,” he explained.

The UK officially left the European Union in January 2020 but since then London has entered a 11-month transition period to negotiate the terms of the Brexit trade deal.

The period is set to expire in the end of December but the sides still have now been able to agree on some crucial issues underpinning their future economic and diplomatic relations, including so-called “level playing field” conditions ensuring that no businesses in one country have unfair advantages over their partners, common governance, and fishing rights.

The deadlock can still be broken, reports now suggest, as negotiators have been discussing a new offer on fishing quotas that stipulates the length of time EU boats would be allowed to access British waters, how much fish they would be able to catch and potential dispute settlement in the future.

Britain still insists on a 60% reduction in the value of fish caught by EU trawlers in British waters, while Brussels believes that it should be no more than 25%, according to the Times. Despite ongoing gridlock, these discussions have still been seen as a path to compromise that could potentially safeguard the Brexit deal.

Anonymous diplomatic sources from the EU now claim that Brussels “will not close its door to the UK” and would be willing to continue negotiating the trade deal even beyond the 1st of January.

Scotland's First Minister Nicola Sturgeon, who is now vowing to organise a new referendum on the country’s independence amid the possibility of no-deal scenario, has called for an extension of Brexit transition period after a mutated coronavirus strain has been discovered in the UK.

PM Boris Johnson has remained deaf to these calls so far, insisting that he was not willing to prolong Brexit talks any longer.

The prime minister also maintained that the United Kingdom would “cope with any difficulties” even if Britain exits the Single Market without any deal this month.