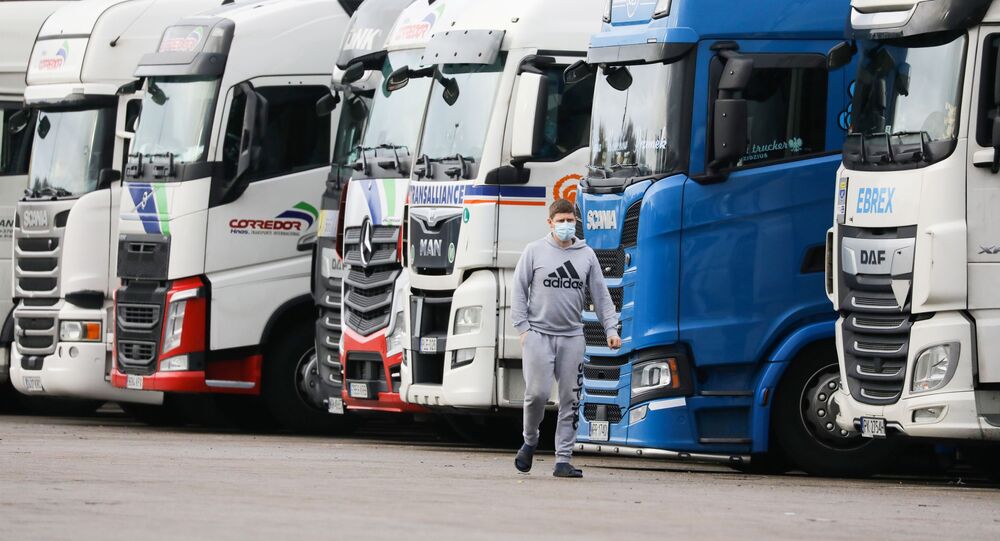 On Tuesday, the UK and France agreed to allow French and other EU residents to travel from the UK if they have a negative COVID-19 test.

Sputnik comes live from Kent in England, where thousands of freight lorries remain stuck waiting to leave the UK while officials are working to resume traffic flow after France closed its border because of a new mutated coronavirus strain discovered in Britain last week.

On Tuesday, Paris and London agreed that French residents with negative COVID-19 tests will be allowed to travel across the border starting midnight, and arrangements are now being made to lift the ban on freight traffic.

Last week, British Prime Minister Boris Johnson announced the "cancellation" of Christmas over a mutation of COVID-19, which was believed to be more transmissible than the previously known strains. Shortly after, many countries - including most EU members - banned flights from the UK.