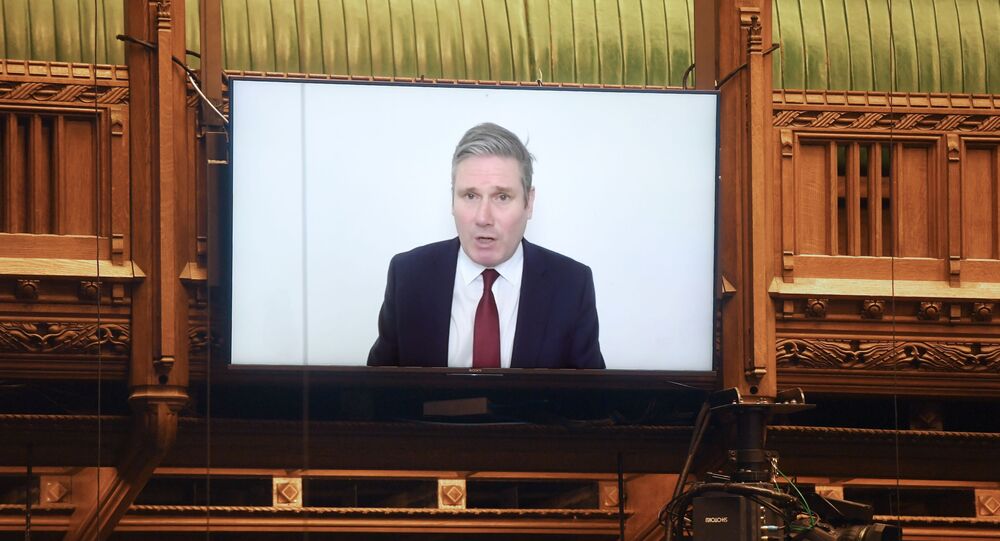 Since the rise of Scottish nationalism in 2015, the question of Westminster rule over the devolved nations has plagued the Labour Party, which historically has had to rely on a coalition of English, Welsh, and Scottish votes to have substantial electoral success.

Sir Keir Starmer pledged on Monday that a Labour government would introduce the most comprehensive form of devolution for the nations of the United Kingdom as an alternative to Scottish independence and the break-up of the country.

The Labour leader also announced the formation of a constitutional commission in the new year to analyse how power and wealth can best be delegated at a local level.

“This won’t be an exercise in shifting power from one parliament to another – of moving a few jobs out of London, or to devolve and to forget. This will be the boldest project Labour has embarked on for a generation. And every bit as bold and radical as the programme of devolution that Labour delivered in the 1990s and 2000s”, Sir Keir said in a virtual address from London.

“It’ll look at the successes of devolution so far, but also where it’s fallen short. It’ll consider everything from how people can have more of a say in what happens in their community, to how we can break down barriers to democracy and participation."

He said that the commission, advised by former prime minister Gordon Brown, will not be restricted to constitutional reform but will also include the creation of a federal system in Britain if necessary.

While the speech was primarily in response to the issue of Scotland in the run-up to the May 2021 Holyrood elections, it also included other parts of the UK, including Northern Ireland.

As Nicola Sturgeon's Scottish Nationalist Party, whose primary policy is a second Scottish independence referendum, has consistently shown itself to be the most popular force in the devolved nation, Sir Keir slammed the demands for a new vote as "the wrong priority" amid "the deepest recession for 300 years", the coronavirus pandemic, and Brexit uncertainty.

“That’s why Nicola Sturgeon’s call for an independence referendum in the ‘early part’ of the next Scottish parliament – perhaps even next year – is so misguided. Given the damage and division this would cause, no responsible first minister should contemplate it – and no responsible prime minister would grant it", he said.

The Labour leader stressed the importance of keeping the union together, stressing that the country is more effective together than would otherwise be possible as separate nations.

This is an emergency.

The British people will step up. The Government must do the same. pic.twitter.com/YRLUPgjbYn

“It’s clear that only with the full powers of independence will we be able to properly protect our interests and secure our place in Europe – and that decision lies solely with the people of Scotland, not an out-of-touch Westminster system”, she said.

Recent polling shows support for independence as reaching double digits, the highest it has ever been. Labour, which until 2015 was the dominant party in Scotland, is unlikely to secure a majority in any election without winning back seats north of the border.

During the 2017 and 2019 elections, Nicola Sturgeon suggested that a second referendum on independence for Scotland could be the price for backing a Labour coalition government.

The system of devolution, which gives the constituent nations of Scotland, Wales, and Northern Ireland their own national assemblies, was introduced following the 1997 Labour landslide.