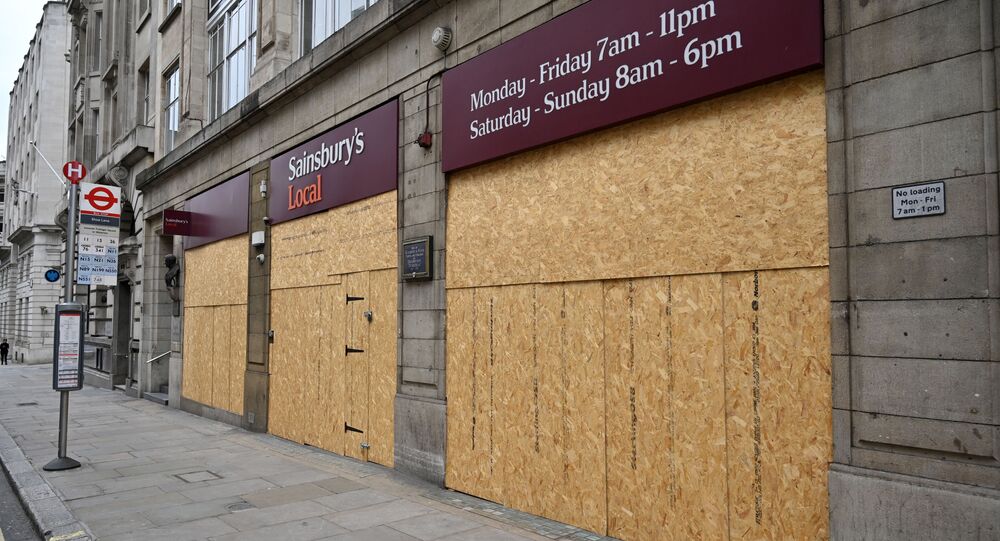 MOSCOW (Sputnik) - Sainsbury's, the United Kingdom's second-largest supermarket, has warned that there may be shortages of certain foodstuffs after several European Union member states, most notably France, imposed travel bans following the emergence of a new strain of COVID-19 in southeast England.

"If nothing changes, we will start to see gaps over the coming days on lettuce, some salad leaves, cauliflowers, broccoli and citrus fruit - all of which are imported from the Continent at this time of year," Sainsbury's said in a statement, which was quoted by the Sky News broadcaster on Monday.

The French authorities on Sunday introduced a 48-hour ban on air, sea, rail, or road travel from the UK to France, following the emergence of a new coronavirus disease strain in southeast England. The UK's largest port, Dover, is currently closed to outgoing freight.

The UK's Food and Drink Federation, in a statement issued late on Sunday, said that the travel ban has the potential to disrupt the UK's supplies of fresh food.

"Tonight’s suspension of accompanied freight traffic from the UK to France has the potential to cause serious disruption to UK Christmas fresh food supplies – and exports of UK food and drink," Ian Wright, the federation's CEO, said.

UK Health Secretary Matt Hancock said one week ago that a new strain of COVID-19 had been identified in roughly 1,000 individuals in southeast England. The new variant, named VUI-202012/01, is believed to be more easily transmitted than previously-identified strains of the disease.

On Sunday, the UK Department of Health and Social Care reported 35,928 new positive tests for COVID-19, a new single-day record for the country.

The recent surge in new COVID-19 cases has prompted the government to rollback on a pledge to ease social distancing measures over Christmas. Ministers have also introduced stronger "tier 4" restrictions, which are currently in force in London and most of southeast England.