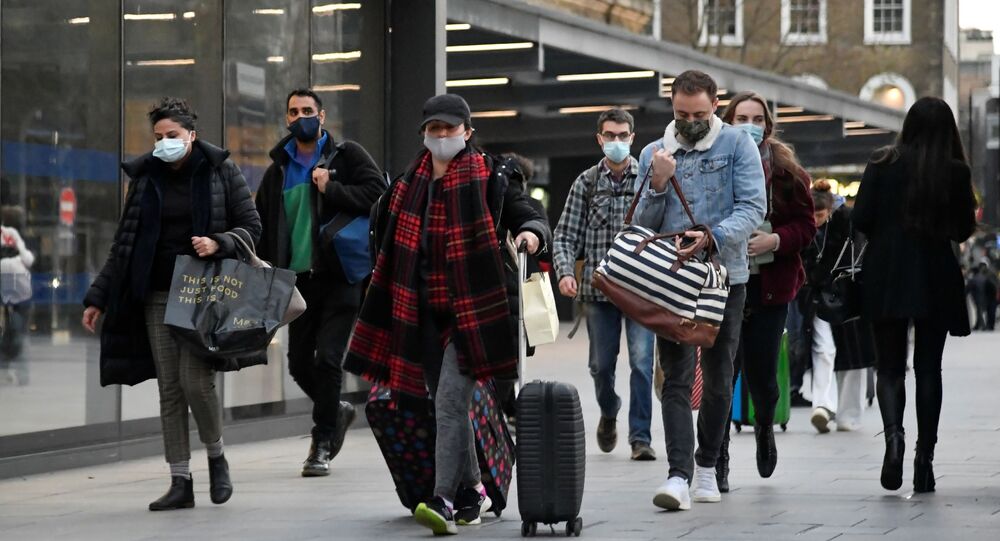 Earlier, the UK government practically locked down parts of the country, including London, after admitting that more than half of all new COVID-19 cases had been caused by the new strain.

He added that the UK is seeing these COVID-19 mutations faster than many countries but others will have these variants too.

In turn, French Health Minister Olivier Veran said that it is possible that the new strain of COVID-19 is circulating in France but the strain has not been identified in the country yet.

"It is entirely possible that the virus is circulating in France," French health minister Olivier Veran said.

France will perform genotype analysis, as it regularly does, to determine if the virus exists in the country, the minister added.

"In the last several days, 500 virus strains have been analyzed and this particular version has not been found. Which does not mean it's not there," Véran said.

For now, there is no reason to think that the virus will be resistant to the vaccines that have already been developed. the minister said.

Suspension of travel is justified by the "principle of precaution since there is a doubt," the minister said.

On Saturday, UK health officials announced that the country had identified a new variant of the coronavirus that is 70 percent more transmissible than other Sars-Cov-2 virus strains.

The UK government practically locked down parts of the country, including London, after admitting that more than half of all new COVID-19 cases had been caused by the new strain.

As UK citizens rushed out of the locked down areas ahead of Christmas, many countries chose to close borders with the whole of the United Kingdom in a bid to prevent the import of the new virus strain.

The new coronavirus variant, which infects more easily but does not appear to be more deadly or pose any concerns for vaccines, has also been detected in the Netherlands, Denmark, South Africa and Australia.