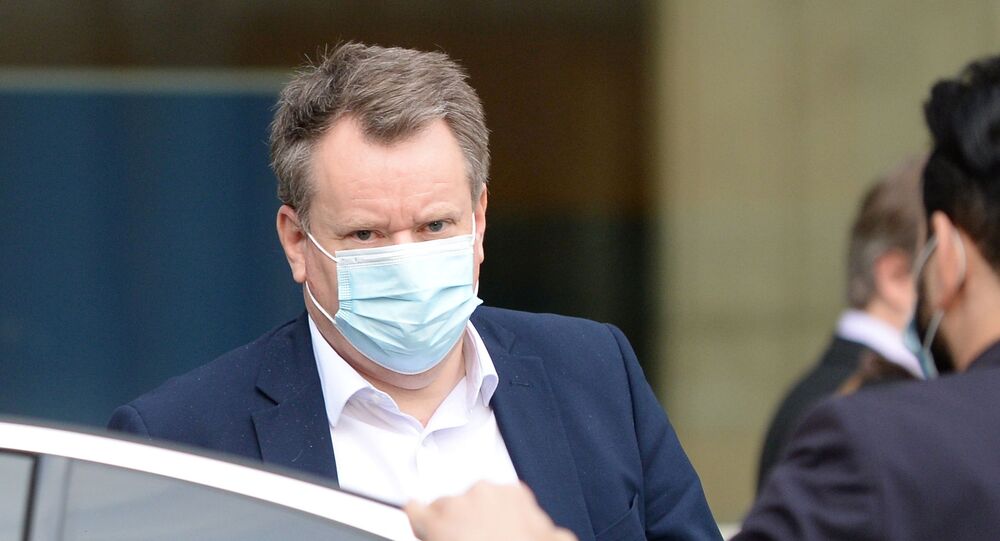 British and European Union sources told local media that the two sides were no closer to a post-Brexit trade deal on Sunday evening, despite weeks of intensive negotiations. They said the EU demands that it must continue the agreement on UK fishing waters, a key sticking point, with France still unwilling to bend on the issue.

The latest 'deadline' for a post-Brexit trade deal has passed with no agreement – with a British government minister indicating talks will run up to Christmas.

But UK government sources told several media outlets on Sunday that no-deal was still the most likely outcome as the European Union (EU) refuses to shift on its demands for continued rights to most of the catch from UK fishing waters.

UK chief negotiator Lord David Frost looked pensive as he left the European Commission headquarters in Brussels on Sunday, where the latest round of talks have been held, as the deadline set by the European Parliament expired.

“No deal remains the likeliest outcome,” one British source told the Daily Express. “The EU have said that they have a deadline today. For our part, we are prepared to keep talking while it remains possible to agree a deal this year."

Earlier, British Health Secretary Matt Hancock told Sky News' Sophy Ridge the the EU had set a new deadline of Christmas for a deal – a far cry from Boris Johnson's cut-off point of October 15 for a draft agreement. But he also hinted that Brussels had not yet shifted significantly on the sticking points of fishing access and the so-called 'regulatory alignment'.

If a deal was struck on Friday – Christmas Eve – Westminster MPs and European Parliament MEPs would likely have just three or four days to scrutinise and debate the text, then put it to a vote before the post-Brexit transition period expires at midnight on December 31.

"I think we should keep talking, and we should come to a deal," Hancock said as the Sunday deadline loomed. "It's just so important that the EU side makes the changes that are needed."

Hancock repeated that the UK was ready for an "Australia-style outcome" of leaving without a deal and trading with the bloc on World Trade Organisation terms.

European Commission lead negotiator Michel Barnier tweeted on Sunday evening that talks were continuing. He insisted that the EU respect British sovereignty – despite its constant demand for the UK to follow EU rules and regulations post-Brexit, and hinted at continued insistence on a "lightning tariffs" penal mechanism that British Prime Minister Boris Johnson's team has rejected.

​Barnier's comments appear to define the EU as a sovereign nation-state in its own right, rather than an association of sovereign nations. But he did not clarify how the British government's desire for a no-strings-attached free-trade deal infringed on Brussels' "sovereignty".

One government source told the BBC that the EU was "still struggling to get the flexibility needed from member states" to cut a deal with the UK. France, where Barnier previously served as fisheries minister, has threatened to veto any agreement that does not include indefinite fishing access for its channel fleet. But Germany wants continued tariff-free access to the UK car market, its biggest export destination.

"We need to get any deal right and based on terms which respect what the British people voted for," the source said. "We're continuing to try every possible path to an agreement, but without a substantial shift from the Commission we will be leaving on WTO terms on 31 December."

© REUTERS / HENRY NICHOLLS
Brexit Talks Allegedly 'Stuck' as New COVID Restrictions May Put 'Last-Minute' Pressure on Matter
A Brussels source said there had been no progress in negotiations this week, despite direct telephone conversations between Johnson and Commission President Ursula von der Leyen, with French President Emmanuel Macron unwilling to transfer any more fishing quotas to the UK than the latest, rejected offer of 40 percent.

“The stances of both sides haven't moved," the source said. Unless Boris Johnson decides to back down, then we are heading for a no deal over fish.”

But a source predicted that New Year's Eve would not spell the end of negotiations, saying: “My guess is no deal with the potential of returning for talks after Christmas depending on public opinion in the UK”.