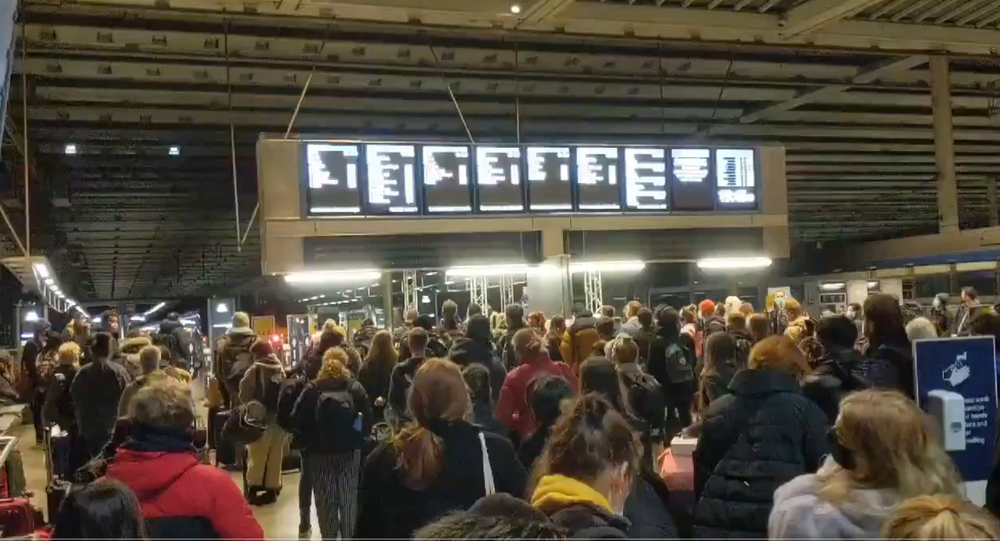 The "mini-exodus" was caused by the new restrictions announced by Prime Minister Boris Johnson a day earlier. The harsh measures are to be imposed due to a new strain of COVID-19, discovered in London and southeast England, that is believed to be 50 percent more contagious than any strain detected before.

Thousands of Londoners rushed to leave the British capital on Saturday in order to escape new "Tier 4" restrictions, announced by the cabinet. Enormous queues were seen at train stations, as people tried to leave London before midnight when the new measures come into force.

Coming soon to a region near you, courtesy of the mass exodus from the capital on the news of a tier 4 being implemented 🤬🤬 #SuperSpreaderEvent #Covid19UK #COVIDIOTS https://t.co/Bu10vF1nSg

​Travel into and out of the new Tier 4 zone, which includes London and large areas of southeastern England, has been banned, as well as international trips (unless it is for work purposes), destroying the Christmas plans of many Britons.

​Many users online criticised people for trying to leave London, as it may pose a danger to the rest of the country while others slammed the government for causing "the first evacuation since 1939".

Totally selfish & irresponsible. A perfect example of why London is in Tier 4. You are going to be responsible for the deaths of so many more of your family ffs!!!
COVID-19: Londoners flock to trains and cars in effort to flee the city ahead of new ruleshttps://t.co/pxxh1UhtgO pic.twitter.com/qN26nTdH4w

Some mentioned the "last train out of Saigon", referring to the war in Vietnam, or just compared the "exodus" to the situation in classic zombie movies.

#christmasiscancelled
Watching the mass exodus from London. Time for a reboot of Escape From New York. pic.twitter.com/S4FLZiu2JQ

The new strain of the virus, dubbed VUI - 202012/01, causes the same symptoms as regular COVID-19, such as cough, fever, and loss of taste and smell, but could cause a sharp rise in the number of cases, according to the NHS.