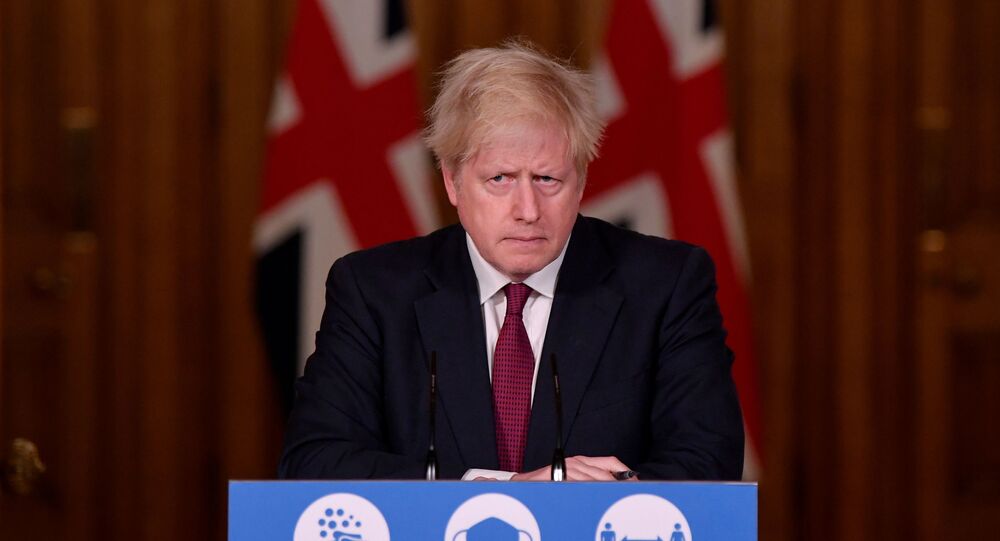 UK PM Boris Johnson on Wednesday accused Labour leader Sir Keir Starmer of seeking to "cancel Christmas", three days before the former did the same for more than 12 million people in London and in the southeast, while restricting multi-household celebrations to Christmas day for the rest of the country.

A group of Conservative party MPs critical of the government's COVID-19 pandemic restrictions has demanded Parliament be recalled to vote on the newly-announced rules.

UK Prime Minister Boris Johnson announced on Saturday afternoon that London and large areas of the southeast will be placed under a new and stricter fourth tier of the previous three-level coronavirus alert system – effectively imposing a third lockdown on more than 12 million people.

That was just two days after the House of Commons departed for its customary Christmas break, allowing the government to put off honouring its pledge to allow MPs a vote on changes to pandemic restrictions.

Forest of Dean MP Mark Harper, chairman of the Covid Recovery Group of Tory backbenchers, called it a "very sad day" and claimed that previous measures had "failed in their goal of slowing the transmission of Covid."

"Given the 3 tier system and the initial Christmas household rules were expressly authorised by the House of Commons, these changes must also be put to a vote in the Commons at the earliest opportunity, even if that means a recall of the House," Harper said. "Government is expecting people to sacrifice the chance to share Christmas with family, friends and loved ones, just a few days after promising the opposite."

​​​At the Prime Minister's Questions on Wednesday, Johnson accused opposition Labour leader Sir Keir Starmer of seeking to "cancel Christmas" with the latter's calls for stricter measures, and insisted there was "unanimous agreement" across government departments, devolved regional governments and even political parties for keeping the existing rules in place.

But on Saturday, the PM said that the five-day relaxation of rules to let people from up to three homes celebrate Christmas together would be cancelled for Tier Four areas, and reduced to just Christmas day elsewhere.

The PM said he made the U-turn because the "science has changed", with the Chief Medical Officer, professor Chris Whitty warning earlier on Saturday that a new mutant strain of the virus was spreading much faster than previously-identified types.

The group co-chair and Wycombe MP, Steve Baker, who is also chair of the pro-Brexit European Research Group, pointed out the constitutional basis of their demand.

Baker also called for a clear roadmap back to normal as vaccination programmes were rolled out, and for improvements in the statistical modelling that has driven much of the government's decision-making.

© REUTERS / TOBY MELVILLE
Johnson: London and Parts of Southeast England Will Go Into New Tier 4 Level of Covid Restrictions
A widely-reported statistical analysis run by Imperial College London's epidemiology department early this year predicted half a million deaths if no restrictions were applied and 250,000 deaths with mitigation measures like social distancing, while a second paper predicted just 20,000 under lockdown conditions. So far, the virus has been linked to just over 67,000 deaths within four weeks of a positive test.
...
Reddit
Google+
Blogger
Pinterest
StumbleUpon
Telegram
WhatsApp
22

Bill Gates: Lockdowns Should Be Prolonged Until 2022, With Restaurants Closed for Another Six Months