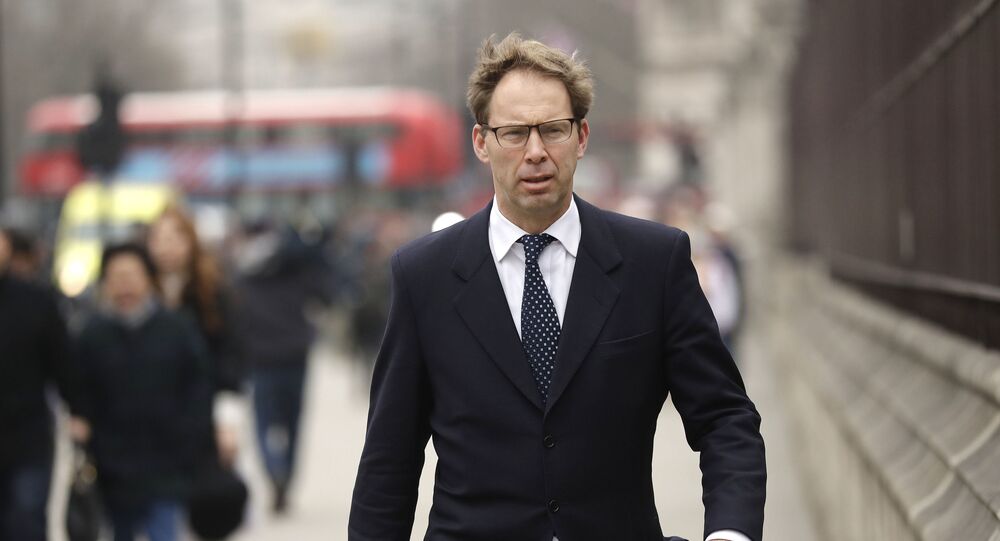 Home Secretary Priti Patel agreed with an ITV interviewer that backbencher Tobias Ellwood had committed an "egregious" breach of coronavirus restrictions against meeting in groups of more than six. But she refused to answer whether he would face disciplinary action within the Conservative Party.

A Conservative Party MP has apologised after speaking at a dinner event that was attended by 27 guests in breach of COVID-19 rules that prohibit gatherings of over six.

"I appreciate, given the current challenges, some will question the wisdom of my attendance," Ellwood wrote in a formal statement posted with the tweet. "I am sorry coverage of my well-intentioned attendance may have muddled the government's clear message as we head towards Christmas."

Ellwood, a reserve lieutenant colonel in the British army, claimed that the military club's function rooms - which normally seat 100 - had been made "COVID-Compliant" by limiting them to 30 guests. London has forbidden public or private gatherings of more than six adults as part of a range of restrictions designed to contain and slow the spread of the coronavirus pandemic.

Just a day before his dinner engagement, Ellwood attacked his own government in Parliament over a five-day relaxation of restrictions to let families celebrate Christmas together.

​Home Secretary Patel laid into Ellwood in an interview with ITV News on Thursday.

Asked what punishment Ellwood would face, she pointed out that police had been empowered to issue fines to those breaking the rules. "There are fixed-penalty notices," Patel said. "I don't know the details as to where this happened or the location, but I'm sure, as it is a breach, that will be followed up."

She refused to suggest whether Ellwood would be subject to a party disciplinary procedure, insisting that she did not know all the details of the incident.

© REUTERS / TOBY MELVILLE
PM Johnson to Reportedly Be Sued for Overriding Report Implicating Priti Patel in Bullying
In contrast to the staunch Brexiteer Patel, Ellwood supported remaining in the European Union (EU) in the 2016 referendum. He served as a junior defence minister under former prime minister Theresa May, who resigned in 2019 under pressure from her own party over a series of concessions to EU demands that angered Euro-sceptics.

Ellwood was relegated to the backbenches in the first cabinet reshuffle by Theresa May's successor, Boris Johnson, in July 2019, after the latter warned that a no-deal Brexit – now looking increasingly likely – would leave the Conservatives in the "abyss" of opposition for at least a decade. In December of that year Johnson led the Tories to a landslide victory in a general election dominated by Brexit.

Anti-Lockdown, Anti-Vaccine Protest Outside Parliament in London as Infections Surge in UK