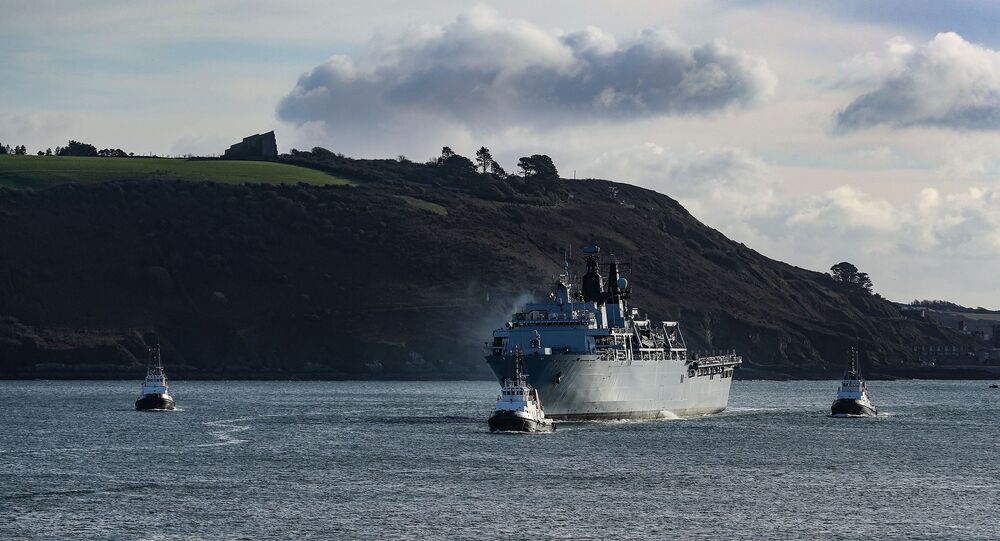 The Royal Navy has used Plymouth in the west of England as one of its major bases since at least the 14th century. But the navy’s warships rely on being towed out to sea by tugboats.

Union bosses who control 40 tugboats have threatened to cause "Christmas chaos" for the Royal Navy in Plymouth.

The tug captains and their crews are required to pull the navy’s warships out from Devonport naval base, through Plymouth Sound and out into the English Channel.

But the tugs are operated by a private company, Serco Marine, and they are involved in an industrial dispute with their employees.

Frigate @HMSSomerset has emerged from Plymouth's frigate shed as the mammoth task of revamping the Type 23 flotilla reaches its climax.

The work in @HMNBDevonport extends the lives of frigates 8-10 years until the #Type26 replacements enter service.https://t.co/enoIkKrK5x pic.twitter.com/7Ut32sjomE

​The trade union Unite said tugboat crews would go on strike from 7am on 25 December until 7am on 30 December.

The dispute revolves around Serco Marine’s plans to change shift patterns so that instead of working one week on and one week off, the crews would be expected to work three weeks in a row, followed by three weeks off.

Mr Keefe said: “Unite’s Serco Marine members have taken the difficult decision to strike because the company’s bosses, many of whom have never worked at sea, are refusing to listen to reason.”

He said: “The Ministry of Defence will not be happy that its contractor Serco Marine’s behaviour will cause Christmas chaos for Royal Navy vessels. Nor will the ministry be impressed that Serco is forcing through dangerous rota changes in order to eke every last penny out of the contract.”

The tugs tow submarines out to sea, as well as surface vessels.

The dispute will not affect Portsmouth, which is where eight River Class patrol boats are based. Four of these ships are due to be deployed around Britain’s coasts to defend fishing waters from EU vessels if no trade deal is secured by 31 December.

Salli Shapcott, Serco contract director of Maritime Services, told the Plymouth Herald: “We have offered a compromise solution and stand ready to continue the discussions, either through ACAS or directly with Unite, and still hope that a constructive solution can be found.”