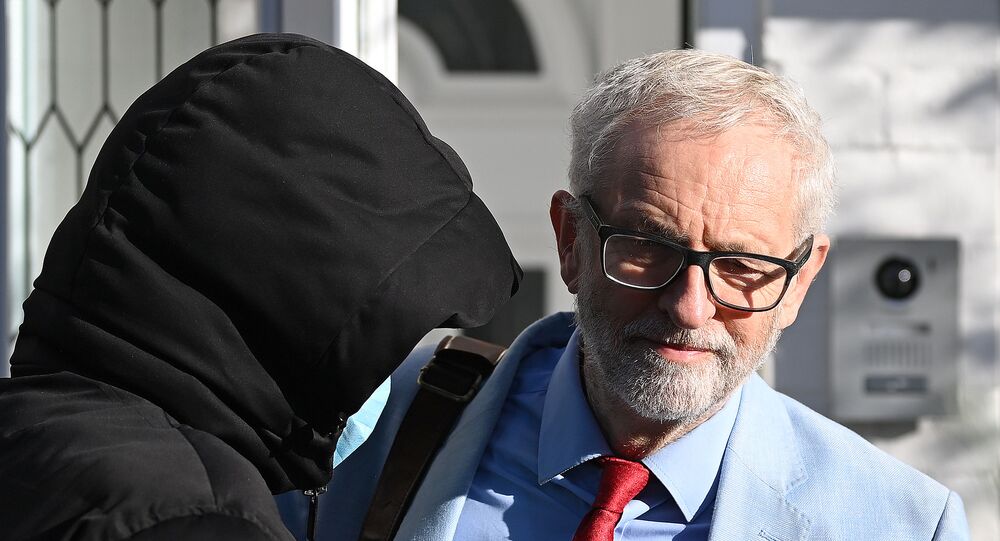 Since the election defeat in December 2019, the left-wing movement surrounding the leadership of Jeremy Corbyn was considered to have come to an end. However, with continued opposition from the Labour Party, the former leader has set up his own campaign to promote his political values.

In an announcement on social media, the 71-year-old MP for Islington North launched the Peace and Justice Project, which is set to begin in January 2021.

​"Today I'm announcing a new project for the new year", he said.

"The coronavirus pandemic has exposed and deepened the scale of injustice and inequality in our society. It's mishandling and devastating human consequences have shown the inability of a privatised, hollowed-out system to meet the challenges of our time".

Corbyn said that the worldwide capture of the Black Lives Matter (BLM) movement, which saw protests erupt across the world in opposition primarily to policy brutality and the "scourge of racism", as well as wildfires in multiple countries driving home that "none of us are safe from the climate crisis", prove that issues should be tackled internationally.

"Injustices and threats at home and abroad cannot be separated. What's happened this year has shown us how connected we all are.

"We need solidarity beyond our borders and across communities to solve our common problems together. The Peace and Justice Project is there to create space, hope, and opportunity," he added.

He ended the announcement by saying that "this year, many of us have felt powerless in the face of forces beyond our control".

"It does not have to be like that. Things can - and they will - change," he said.

According to the Peace and Justice Project's mission statement on their newly launched website, the organisation "will back campaigns, commission reports and develop progressive networks in Britain and across the world".

"The Peace and Justice Project will work with labour and social movements and provide platforms to those campaigning for change for the many, not the few," it said.

Allies of - and former shadow cabinet ministers under - Jeremy Corbyn welcomed the new project and urged followers to sign up.

​Tommy Corbyn, the son of the former Labour leader, implied in a tweet that the announcement was designed to circumvent systemic hurdles at present facing Corbyn and his political values.

​This comes as Corbyn faces opposition from within the Labour Party, having had the Whip removed in October for having described the crisis of anti-semitism in the Labour Party as "exaggerated". This came after the release of the Equality and Human Rights Commission (EHRC) report in the wake of leaked documents, originally intended so that the equalities body might help to provide more context to the accusations of anti-semitism, which revealed that officials right up to the top of the Labour Party actively worked to undermine Corbyn's chances in the 2017 general election.

Many supporters have urged Corbyn to begin a new political party as a left-wing alternative to the leadership of the Labour Party under his successor, Sir Keir Starmer.