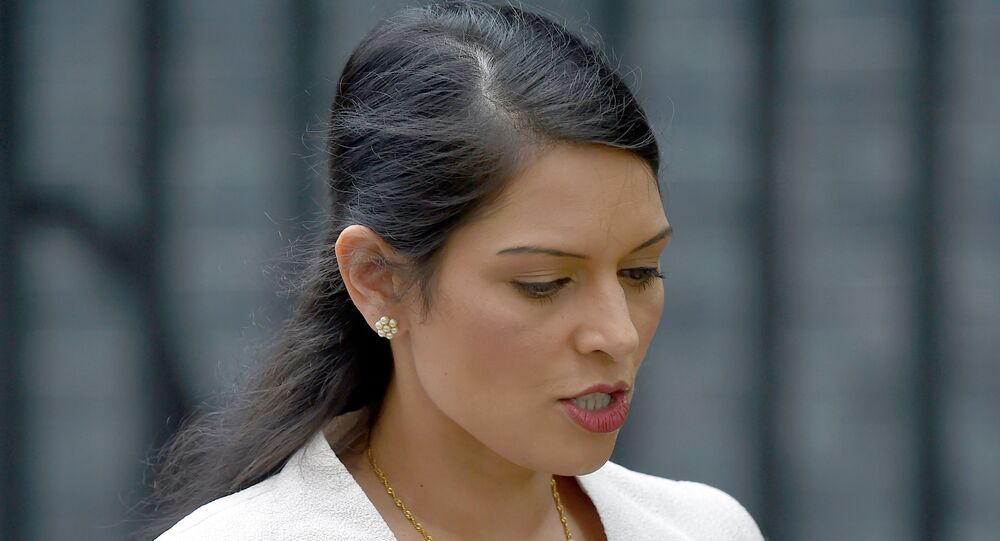 A large number of tents have been set up on a central reservation in the affluent area of Park Lane in Mayfair, London for several years now. The encampment attracts mainly Roma Gypsy families from Romania. The tent-dwellers are often seen using local fountains to wash and subways as toilets before begging around the British capital.

Rachael Robathan, the leader of Westminster City Council, has written to UK's Home Secretary Priti Patel, urging her to “redouble her efforts” to stop organised criminal gangs smuggling people into the UK and strengthen immigration laws when the UK leaves the European Union so that professional migrant beggars can be deported, according to the Sunday Telegraph.

All Souls Church of England Primary School, in Foley Street, received several complaints after two sex workers and their dog pitched their tents outside the gates and were offering parents sex while doing the school run, claims the outlet.

“The occupants were two female sex workers and their dog, who conducted their business within the tents, sometimes with the door open; the clients being seen exiting the tent to get fully dressed," Robathan's letter says.

“Parents reported being approached by the girls for business on the school run; drug dealers and friends were invited into the area where drugs, alcohol and other associated disruption became commonplace throughout the day; discarded condoms, laundry hanging on residents’ fences and human fouling within the locality were commonplace.”

Although the council served the women, who were sisters, with seven notices to leave they reportedly simply moved location to a neighbouring London borough.

​The large encampment, located near Hyde Park, is said to attract Roma families from Romania.

Robathan said people and businesses in the area were angry and frustrated at the illegal campsite.

In her letter to the Home Office she noted that Westminster attracts more rough sleepers than anywhere else in the UK - at least 2,500 people this year alone.

Robathan also pointed out that since 2018 the number of foreign nationals has consistently remained around half the number of people on the streets.

"Most individuals have housing in their home country but they insist they do not want to return home and instead remain on our streets, placing them at high risk of developing complex and longer-term problems and entrenchment," she added.

Several social media users said that Westminster Council should be given more help to deal with the crime wave.

Another user noted that beggars and criminals used to be sent to their home country on buses but treated the experience as a "holiday" and simply returned to the UK shortly afterwards.