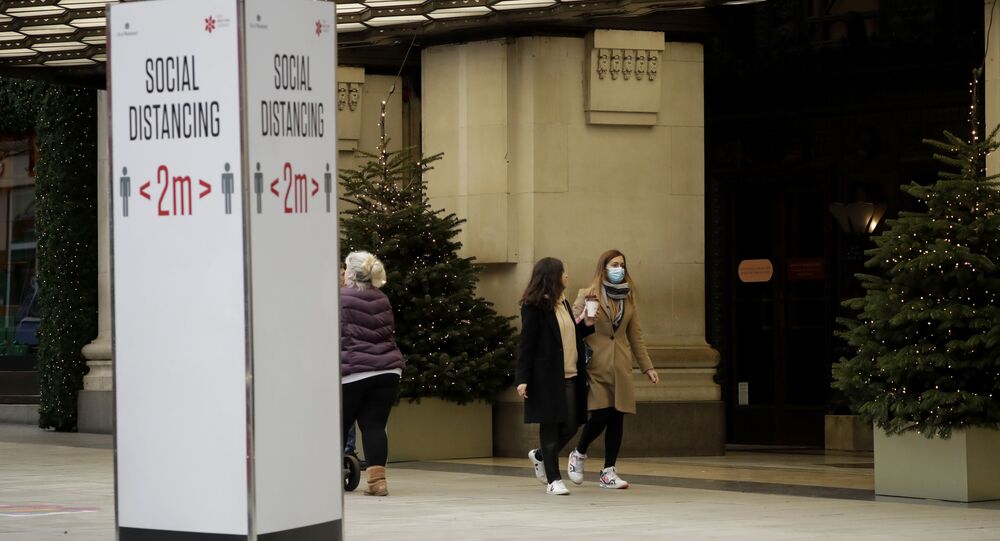 Christmas Behaviour Will Affect How Long It Takes UK to Return to Normal, Says Oxford Prof

The United Kingdom is at present in a multi-tiered system of lockdown restrictions depending on which country you're in, introduced last month to combat the coronavirus pandemic. However, the Government is set to ease certain regulations in order to allow families from different households spend Christmas together.

The public's behaviour over the winter holiday period will lead to a “big impact” on the length of time society takes to return normal, the lead researcher behind the Oxford vaccine warned on Sunday.

Sarah Gilbert, professor of vaccinology at the University of Oxford, warned that excess travelling and mixing with other households during Christmas could impede the Covid-19 vaccination regime next year.

"What we do over the next few weeks is really going to have a big impact on how long it’s going to take to get back to the normal," the professor said.

Speaking on the BBC’s Andrew Marr Show, Prof Gilbert predicted that life could “more or less” return to pre-pandemic conditions by next summer, depending on January transmission rates.

“What we’ve seen in the US is that after Thanksgiving, when people were travelling and mixing, there’s now been a big surge in infections and they’re seeing 3,000 deaths a day now – the highest rate there’s ever been in any country,” she said.

“If we have that kind of thing happening over the Christmas holidays in this country, with very high transmission rates then possible in January, it’s going to take so much longer to get things back to normal."

She said that all the centres will be "partly" disrupted as it is not possible to "run vaccination clinics when staff are off sick, and there’s a very high transmission rate affecting people’s ability to come to be vaccinated".

What we do over Christmas "is really going to have a big impact on how long it’s going to take to get back to the normal… by summer", says Professor Sarah Gilbert#CoronavirusVaccine https://t.co/WO4xBX4BUP pic.twitter.com/fstEuCTOip

​This follows the warning from senior NHS staff to Prime Minister Boris Johnson (the four-tier system in Scotland and the five-tier system in Wales are under the control of their local assemblies) that easing restrictions in England’s three-tier system could see a third spike in coronavirus cases during a time when hospitals are already stretched to capacity.

In a letter to the PM on Sunday, NHS Providers - which represents hospital trusts in England - insisted that the Government take “extreme caution” when moving a region from a higher to a lower tier.

They warned that regions should be put into the highest restrictions tier “as soon as this is needed, without any delay”.

The letter did not push for a review of the temporary relaxation of measures during Christmas. However, NHS Providers said it was “vital” that the public is aware of the risk associated with extra social contact over the festive period.

“We’re about to hit our busiest time of year so people are really worried that if we relax the restrictions now the NHS simply won’t be able to cope with all of the work that it needs to do in late December, January and February", NHS Providers chief executive Chris Hopson told the BBC

Trust leaders are worried that high infection rates in the north of England may now be spreading south.

Ahead of a review of COVID-19 rules, we have written to @BorisJohnson urging caution.

​In response to concerns raised, a government spokeswoman stressed that ministers will not “hesitate to take necessary actions to protect local communities” and that policy is being based on the most recent data.

“We have introduced strengthened local restrictions to protect the progress gained during national restrictions, reduce pressure on the NHS and ultimately save lives,” the spokeswoman said.

The UK's coronavirus restrictions, which have seen areas placed into as many as five tiers depending on regional outbreak severity, are set to be relaxed between December 23 and 27 to allow families to establish “Christmas bubbles” and spend time together during the holidays.