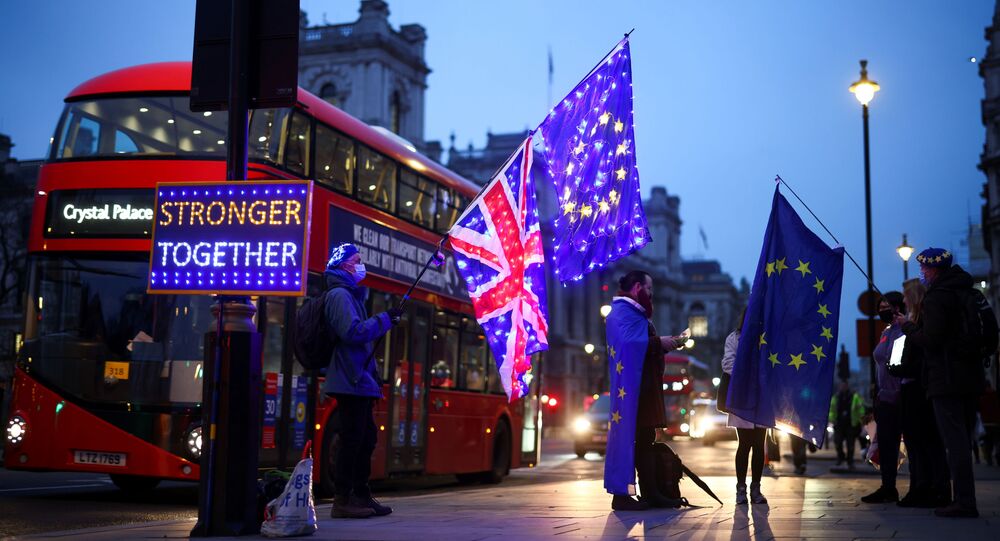 MOSCOW (Sputnik) - Stores in the UK are stocking up on food, medicine and other goods as British ministers predict that a no-deal Brexit is highly likely, The Sunday Times reports.

Food producers fear that people will start panic-buying in case of a no-deal, which could lead to product shortages.

According to The Sunday Times, British health ministers have asked medicine and vaccine suppliers to stockpile six weeks’ worth of goods at secure locations in the country.

Meanwhile food producers expect that there could be shortages of vegetables for three months in the UK if a no-deal Brexit leads to hoarding by consumers, worse than during the peak of the coronavirus pandemic earlier this year, the newspaper said.

Earlier this week, UK Prime Minister Boris Johnson said there was a "strong possibility" that the UK-EU talks would end in no deal.

At the start of December, the UK prime minister's office released a statement saying that "significant differences" remained in the talks on critical issues, including governance, "level playing field," and fisheries.

The UK formally left the EU on 31 January. Now the two sides have until 31 December, when the transition period ends, to negotiate the terms of their post-Brexit relations.