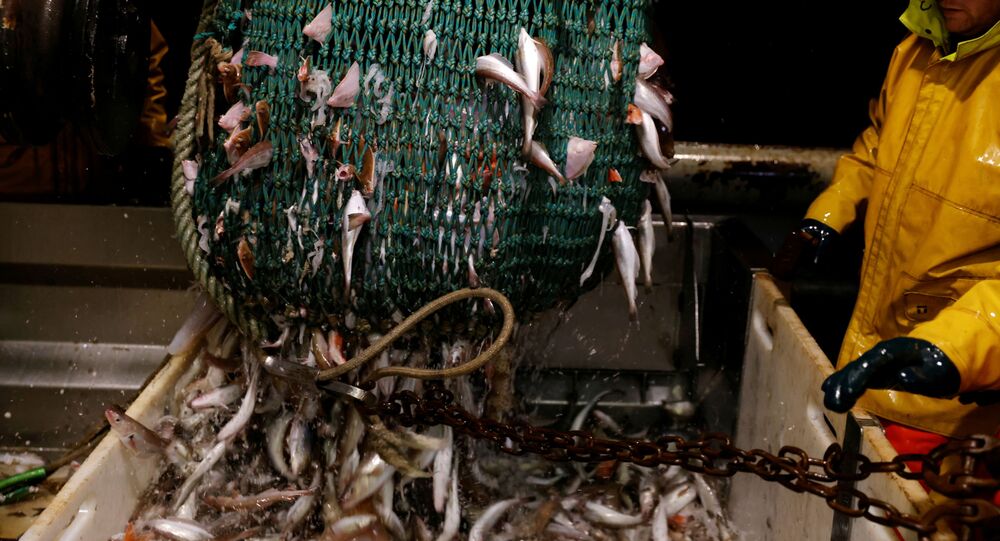 The British government has vowed to send Royal Navy gunboats to keep fishing boats from the European Union out of its waters from January 1. But environmentalists say they are not taking a hard enough line on a fleet of Dutch super-trawlers already plundering protection zones.

Environmental campaigners have urged the government to chase European super-trawlers out of UK waters after surge in dolphin and porpoise deaths.

Greenpeace and local groups linked a series of grisly finds on beaches to a last-minute rush by Dutch factory ships to scoop up as many fish as possible before the post-Brexit transition period ends on December 31.

Greenpeace head of oceans Will McCallum told The Independent on Saturday the supertrawlers were making a "show" of existing fishing rights which will be lost in even of a no-deal Brexit. The boats began arriving in British waters on November 18, and by Friday they numbered ten.

They have been staying for weeks at a time, longer than normal, - including in designated Marine Protected Areas (MPAs). “What the government calls protected areas are protected in name only," McCallum said.

Prime Minister Boris Johnson's government has pledged to deploy armed Royal Navy patrol vessels and helicopters to keep fishing boats from France and other EU countries out of British waters from January 1.  But the Greenpeace activist said Downing Street could go further than it has.

“Come 1 January, the government gets new powers in areas beyond 12 miles to ban supertrawlers from MPAs so we’re calling on them to do that, but so far they’ve only conceded five will be shut to supertrawlers,” McCallum said.

On Friday, the Brighton Dolphin Project found a dead porpoise washed up on beach with its tail severed - the fifth found in Sussex in a month. Fishermen often dismember the sea mammals to remove them from expensive nets without causing damage.

“We see a surge in dead dolphins on Sussex beaches when supertrawlers are here or during the weeks after," the Brighton group's research and sightings coordinator Thea Taylor said.

“Between them, these supertrawlers have not only caught masses of their target fish species but tonnes of fish and marine life that they do not want, including marine mammals," Taylor explained. "These are usually ground down for animal feed or thrown back dead as bycatch."

She stressed that "Although the UK government already recognises cetacean species to be protected by law, bycatch caused by factory trawlers continues."

The problems are not limited to Sussex, near the eastern end of the English Channel. Four dolphins were found dead on Devon beaches with tell-tale cut marks on their fins and beaks a week earlier, while on Thursday the Dorset Echo interviewed local fishermen who said the super-trawlers were wiping out stocks of both fish and dolphins.

An Environment Department spokesman said  "will be able to decide which vessels, including supertrawlers, can access and fish our waters", adding that both domestic and foreign boats will have to follow access and sustainability rules in the UK's "Blue Belt" - a string of marine reserves around its coast and overseas territories.

“We shouldn’t have any supertrawlers in British waters at all," Pollard said. "The government voted against a Labour amendment to ban them from protected areas, even though they’re hugely environmentally damaging. They land all their catches abroad so there’s not UK PLC interest in them so why is the government protecting them?”

In contrast to Greenpeace's hard line on EU trawlers, the Green Party has stridently opposed Brexit since since before the 2016 referendum vote to leave the EU. On Thursday, the Greens' only MP Caroline Lucas – who represents the Brighton Pavilion seat – blamed Johnson for the failure to agree a post-Brexit trade deal with the EU.

© Photo : LPhot Joe Cater/ROYAL NAVY
Former Sea Lord Backs 'Gunboat Diplomacy' Against French Fishermen Under No-Deal Brexit
​With what may be the final round of talks in Brussels deadlock over European Union (EU) demands for continued access to most of the catch in British waters, negotiation look set to end on Sunday without striking a post-Brexit trade deal. While the EU has insisted that will mean another year of access for its boats to UK waters, Westminster is taking a tough stance.