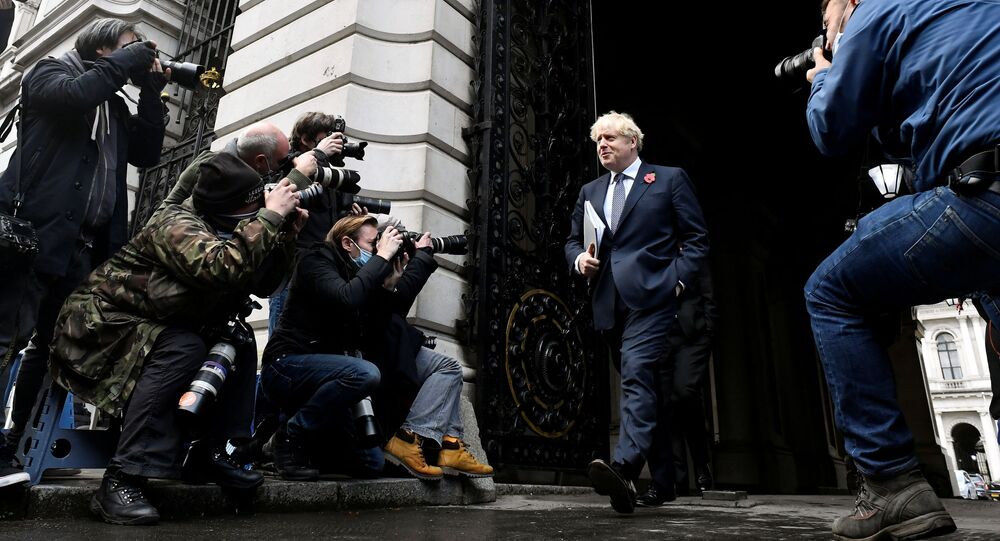 Sir Alex Allan's report found that Ms Patel's behaviour could at times be decribed as "bullying" vis-à-vis her officials. The prime minister took the report into account, albeit requesting his aide to tone it down, saying he considered the matter to be resolved.

Boris Johnson is reportedly set to be sued by civil servants for clearing Home Secretary Priti Patel of purported bullying despite claims she has shouted and sworn at staff.

A notice by lawyers acting on behalf of senior civil servants delivered to Downing Street on Wednesday and reported on by The Times suggests that Johnson "set a damaging precedent which gives carte blanche to the kind of unacceptable conduct which the home secretary was found to have committed".

The letter accused the prime minister of an unlawful act for opting to overrule his independent adviser and turned a blind eye to the claims against Patel.

"Civil servants in the Home Office and beyond will rightly object to their conduct being measured against a standard of conduct and unacceptable bullying which, it seems, does not apply to the home secretary or other ministers", it read, further bringing up PM Johnson:

"The prime minister, as the person responsible for regulating the civil service, should be acutely aware of these wider detrimental effects of his decision".

The notice comes as a step toward a prospective independent judicial review which could prompt the government to publicise the full Cabinet Office investigation that concluded Patel had indeed resorted to bullying her staff. Sir Alex Allan, who spearheaded it, resigned as the prime minister's independent adviser on ministerial standards last month after refusing Johnson's request to play down his report.

Johnson acknowledged the conclusions made by Sir Alex alleging that Patel's behaviour could "on occasion" be described as "bullying in terms of the impact felt by individuals", contrary to the ministerial code, but added that he had "full confidence" in the Cabinet minister and deemed the matter as "now closed".

The legal challenge, which underscored the importance of normal employment principles being applied throughout the government, is reported as being brought by the union FDA. The latter is made up of over 500 senior officials in the UK Home Office. It also represents Sir Philip Rutnam, who resigned as permanent secretary in the department and made public his concerns over Ms Patel's behaviour.

While Sir Alex found Ms Patel had not always treated civil servants with "consideration and respect", he admitted that there was "no evidence that she was aware of the impact of her behaviour".

Home Secretary Patel has since apologised, saying in response that there were "no excuses" for the actions delineated in the report, while bringing to the fore Sir Alex's assessment of her insufficient awareness about the purported impact.

She told the BBC last month that "any upset that I've caused is completely unintentional and at the time, of course it says it's in the report, that issues were not pointed out to me".