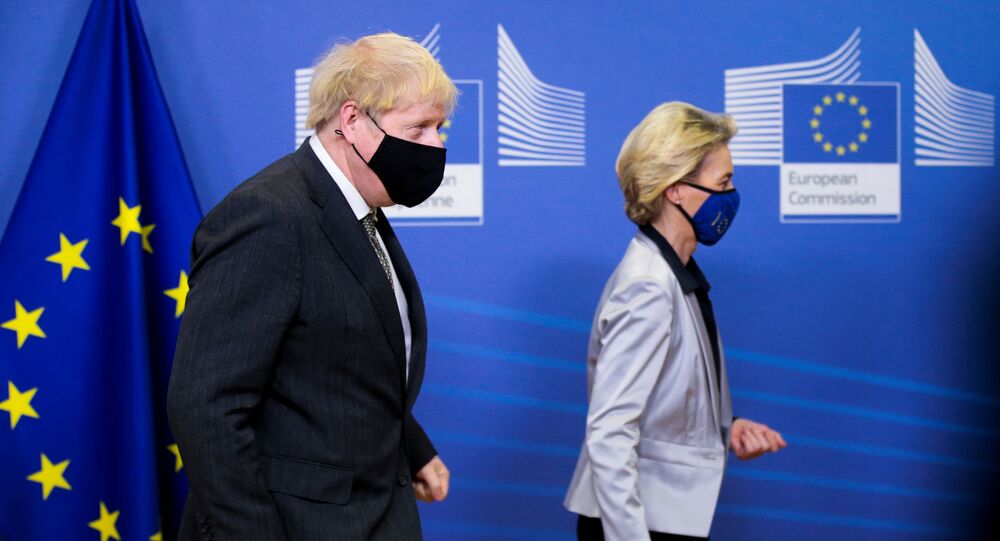 The Brexit negotiations have so far been stalled due to the parties' disagreements over fishing rights, fair trade and regulatory standards.

British Prime Minister Boris Johnson and President of the European Commission Ursula von der Leyen have reportedly agreed that a firm decision should be taken by Sunday concerning the future of the Brexit talks, media reported on Tuesday citing a senior UK source.

The source added that there are still "very large gaps" between the UK and the EU.  Von der Leyen late tweeted that the parties "gained a clear understanding of each others' positions. They remain far apart".

The critical issues the Brexit talks stuck on include fisheries, governance, and "level playing field". The latter is to ensure that businesses in one state do not have unfair advantages over their competitors in another state.

Prior to his dinner meeting with von der Leyen, Johnson claimed he would not accept Brussels' demand that the United Kingdom comply with current and future EU rules and spoke against the bloc's continued access to British waters for fishing fleets. The latter aspect has been disputed by France, which is demanding continued access to the UK's waters even after the post-Brexit transition period expires on 31 December.

With time running out to negotiate the terms of their post-Brexit relations, both the EU and the UK are considering a no-deal option more and more, as significant differences remain on critical issues. While German Chancellor Angela Merkel said that there was still a chance to reach an agreement on a Brexit deal before time runs out, she added that Brussels was ready to walk away from an agreement if there are conditions from the British side that they "won't be able to accept".

Von der Leyen also indicated last week that no agreement was feasible unless the key issues were resolved.