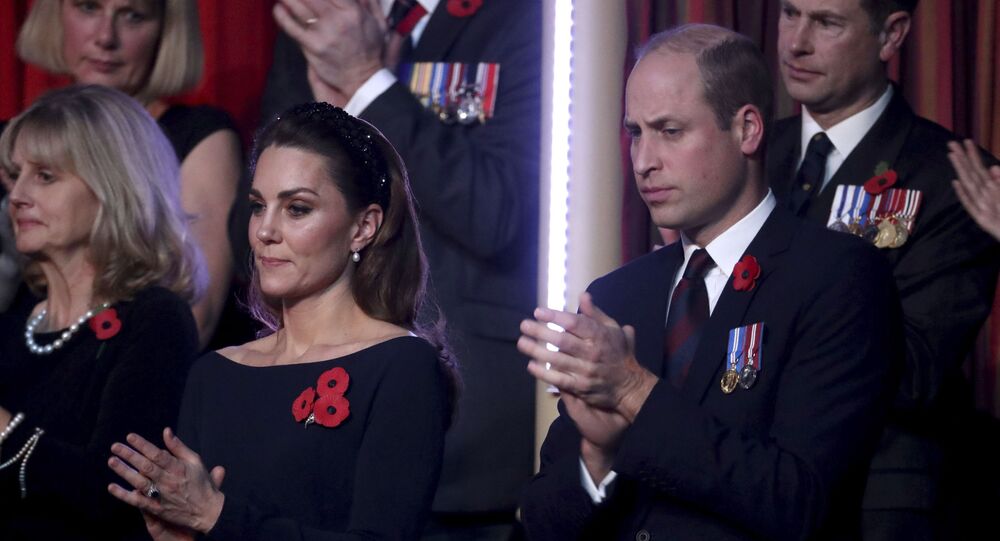 'Not Interested': Prince William’s Tour to Boost Morale Amid Pandemic Gets Cold Welcome

The Cambridges embarked on a two-day train trip on Monday, visiting England, Scotland, and Wales. The royals met doctors and other medical staff and thanked them for their hard work during the coronavirus pandemic.

Normally a tour conducted by members of the UK royal family would bring smiles and joy; however, Prince William and his wife Kate Middleton received a cold welcome during their train trip, with one Welsh official saying he would rather not have a visit from the royals during the coronavirus pandemic.

Asked whether the Cambridges should still visit Wales, the country’s Health Minister Vaughan Gething said he was neither bothered nor interested in the royal visit.

"I’d rather that no one was having unnecessary visits. And people always have divisive views about the monarchy, but their visit isn’t an excuse for people to say that they are confused about what they are being asked to do. We have difficult choices to make and in the next few days about what we're going to need to do after the Christmas period", Gething told the BBC.

The official emphasised that Wales was the only part of Britain where infections were not decreasing at the end of November.

Scottish First Minister Nicola Sturgeon suggested that the Cambridges went to Edinburgh despite the fact that Scottish officials had warned the royal couple about the safety rules prohibiting visiting areas without a serious reason.

Responding to the criticism, royal officials said the trip had been planned together with the Welsh and Scottish governments and noted that the royals were allowed to visit both countries as their trip was part of their work and hence in line with the coronavirus regulations.

Downing Street initially did not comment on the issue, but later Prime Minister Boris Johnson defended the royal trip, describing it as "highly valuable".

"The tour will be a welcome morale boost to frontline workers who have done so much during the pandemic", Johnson said in a statement.

Britain is the worst-affected European country by the coronavirus in terms of death toll. In November, it entered into another lockdown to curb a second wave of the coronavirus. On 7 December, Britain reported more than 12,000 new cases. According to data provided by the UK government, the disease, which has infected 1.7 million people in Britain, has claimed more than 62,000 lives.

Salesman in Disguise: Prince Harry Reportedly Got Mistaken For a Christmas Tree Vendor